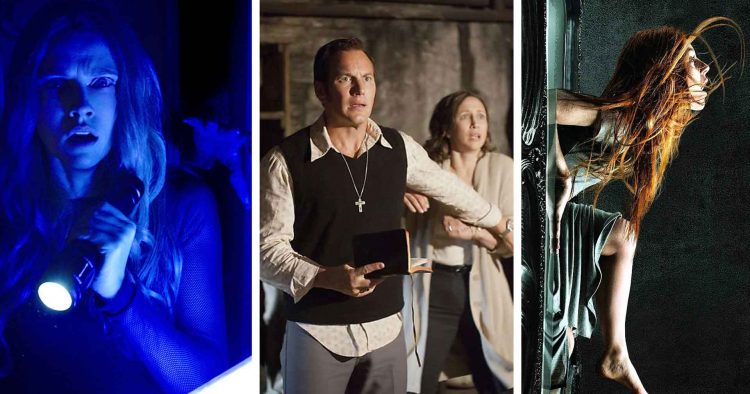 “It’s not your house that’s haunted, it’s your son.”

When the first Insidious film came out in 2011, people flocked left and right to see it in the theater. The movie introduces us to the Lambert family, who seem like an ordinary American family until their son, Dalton, slips into a coma. His parents, Josh and Renai, discover that their son uses astral projection to venture out of his body while he sleeps…and he has ventured much too far from home. The rest of the movie has the audience clinging to their seats, following the family as they dive into the world of the dead in search of their son. Not only did Insidious provide a visceral experience, it had audiences discussing the nuances of the film and scratching their heads long afterwards.

If you enjoyed the intricate complexity and overall tone of this now horror classic, then you won’t want to miss out on these other horror films. Not only do they provide the same gut-wrenching feel as the Insidious series, but they, too, will leave you asking yourself what the hell just happened? 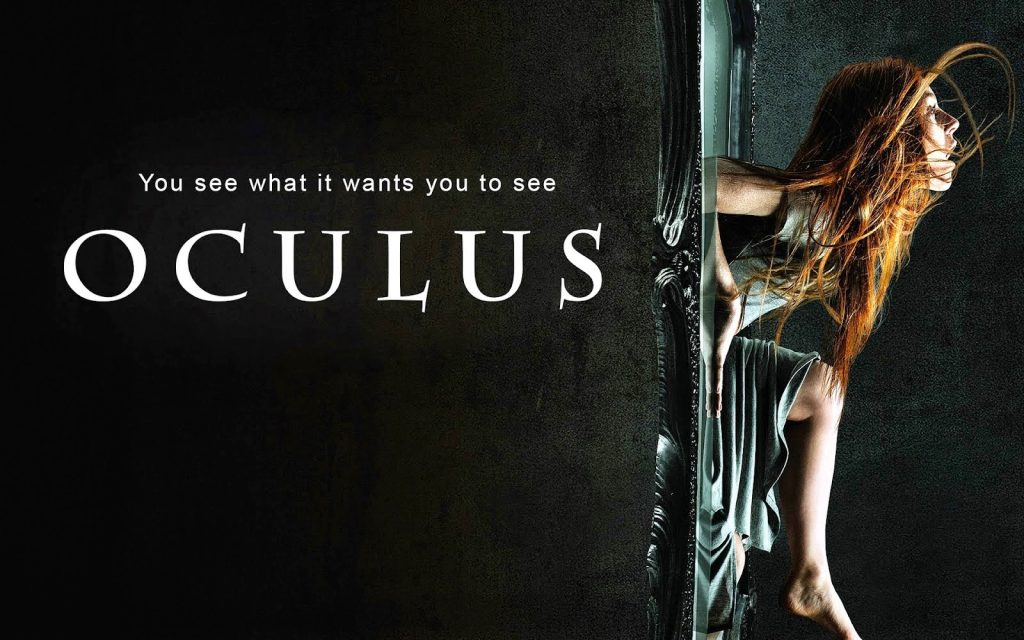 When it comes to mind games, Oculus steals the show. This 2013 film centers around Kaylie and Tim, two siblings who are the only ones who know the truth behind their parents’ grisly deaths when they were young. Tim was charged with killing his father, but in reality, both of their deaths were the result of a haunted mirror their father had acquired and hung up in their home. When Tim is released eleven years later, both he and Kaylie re-enter their childhood home, bent on destroying the evil mirror once and for all. Told linearly in present day and in flashbacks, Tim and Kaylie struggle to discern what is reality and what are hallucinations caused by the mirror. Every scene will have you guessing which is which until the film’s final, shocking end. 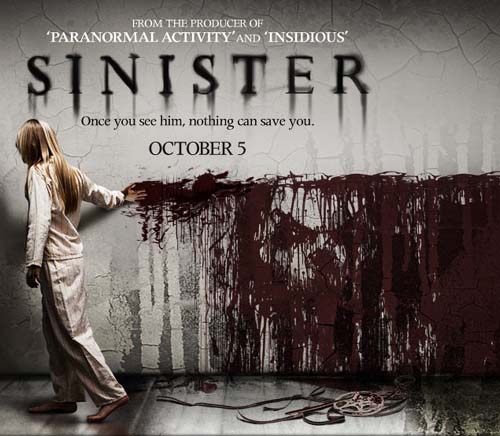 Released in 2012, Sinister follows the story of Ellison Oswalt, a true crime writer who moves his family into a house where a family was once murdered. While at home by himself, Ellison finds an old projector in the attic along with several dust-covered reels. The reels show a series of families dying in a variety of unique ways. In each reel Ellison notices a masked figure lurking in the shadows. With the help of a professor, Ellison learns that the figure is that of Bughuul, an ancient Pagan deity that abducts children and steals their soul. As Ellison begins to see these dead children in his house, he realizes that he and his family are Bughuul’s next target. Audiences will delight in following Ellison slowly uncover the grisly details behind each of the projector murders… but the culprit may not be who you think. 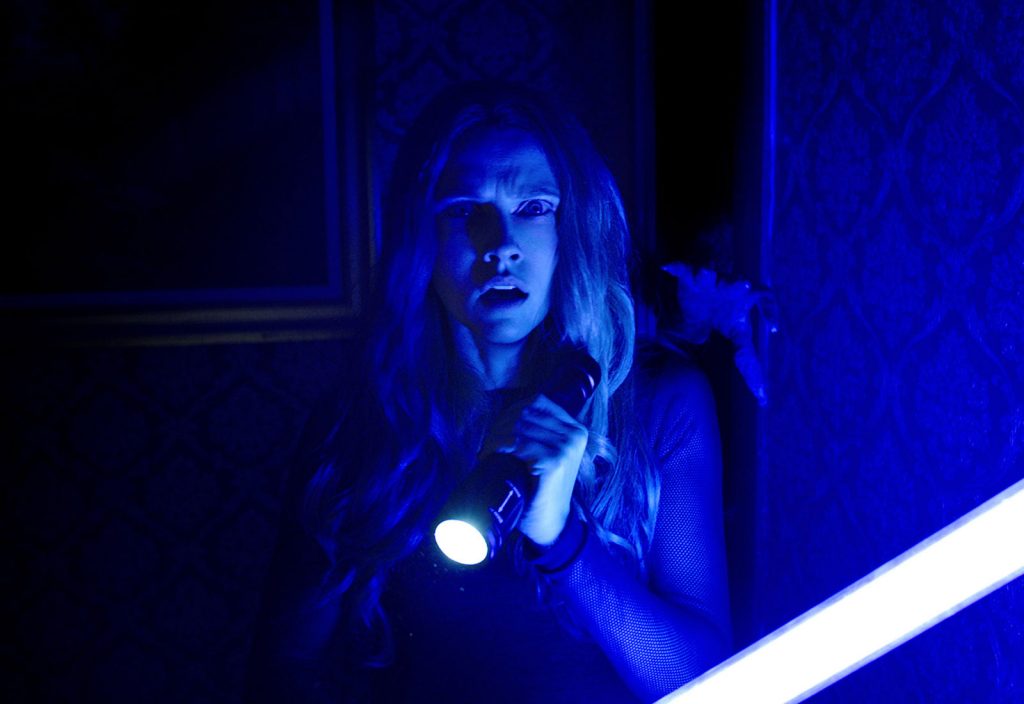 Lights Out hit theaters only last year, and continues to make many viewers weary of the dark. The film follows Rebecca and Martin, another sibling duo who have dealt with a mentally ill mother all their lives. Sophie, their mother, claims that her long lost childhood friend, Diana, has come to stay with them, but Martin knows that there is something frightening and unnatural about Diana. When he shows up at Rebecca’s apartment and tells her about their mother’s friend, Rebecca must come to grips that the eerie figure she used to see in their house when she was little wasn’t a figment of her imagination—Diana is very real and very dead… and she will stop at nothing until she has total control over Sophie. Produced by Insidious director James Wan, Lights Out will keep you on the edge of your seat, peering into the shadows for signs of evil Diana. 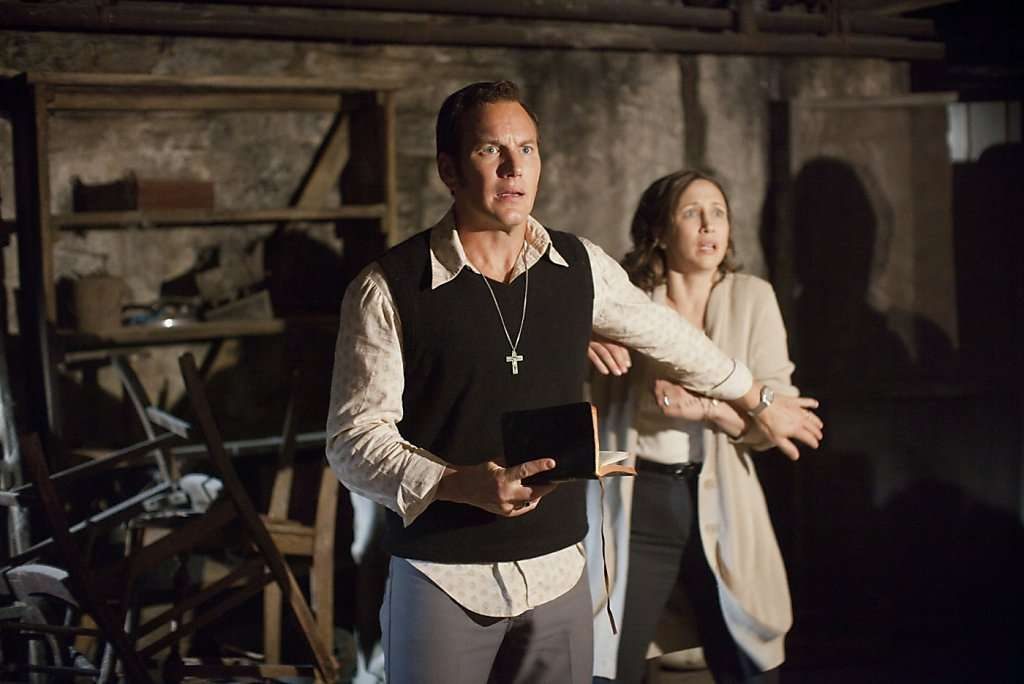 Released in 2013, The Conjuring was James Wan’s fifth directorial film. The movie is based on real events that took place in 1971 when the Perron family moved into a new house in Rhode Island. Within a matter of days, the family begins to experience bizarre paranormal activity, such as clocks that always stop at 3 AM, and pictures continuously falling off the walls. Over time the family realizes that an evil presence is lurking in their house, and it stems from a witch, named Bathsheba, who used to live on the premises. The Perrons must rally together to face the wrath of Bathsheba before she begins to possess the family, one member at a time.

Many young horror fans have heard about the 2005 adaptation of Jay Anson’s famous horror novel, but the original film adaptation was created in 1979. In 1974, a young man named Ronald DeFeo Jr. woke up in the middle of the night and shot his parents and siblings while they slept in their beds. DeFeo confessed to the crime the following day, but explained that there was a demonic force in the house that had forced him to commit such vile deeds. DeFeo was sent to prison for life. The story of Amityville Horror takes place a year later when the Lutz family moves into the house. They soon begin experiencing paranormal activity, such as waking up at 3:15 AM each morning (the time of the DeFeo murders), disembodied sounds and voices, and a small red room that everyone was frightened of. The story is loosely based on real events, which makes this chilling film all the more terrifying.