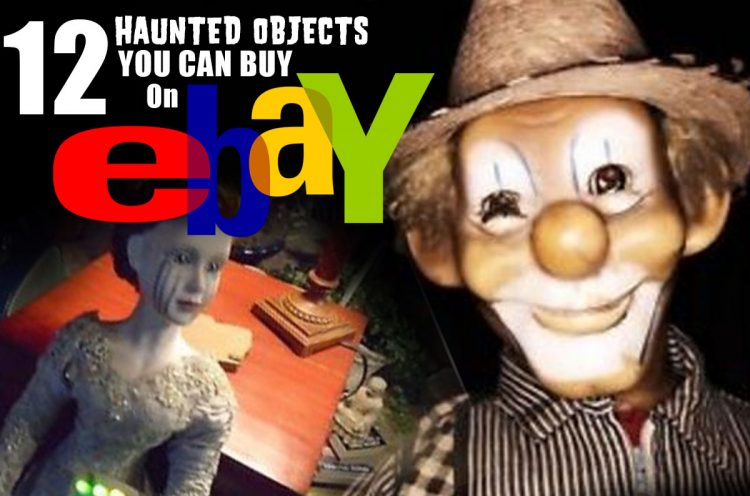 Do you believe that an object can be haunted, cursed, or maybe even bewitched? If so, then you might have found yourself wondering what it would be like to own one of your own! If you are someone who is particularly interested in the paranormal, then it might be an interesting research project for you – or it could be a terrible mistake! There are tales littering the internet of allegedly haunted items that have brought great suffering and misfortune down on those unfortunate enough to own them, so if you are considering purchasing a haunted or cursed object I would urge you to proceed with caution.

If you are set on trying to obtain one of these objects, then you might be wondering where to go searching for them. The answer might surprise you, because at any given time there are literally thousands of items listed on popular auction site eBay which claim to be haunted in one way or another. In fact, at the time of writing this, there were no fewer than 54,408 listings returned when I searched ‘haunted’! Of course, the chances are that 99% of these items are hoaxes, but I’ll leave that up to you to decide for yourself! In the meantime, I have picked out 12 of the more interesting haunted objects that are currently up for grabs on eBay. 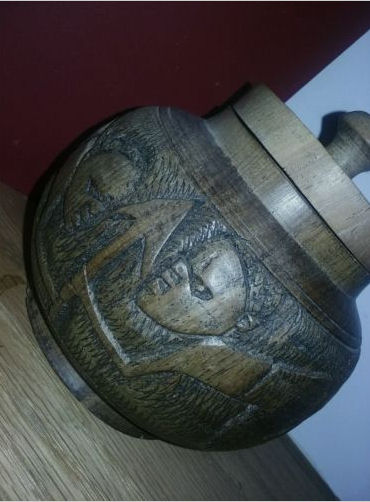 This attractive carved urn is currently offered for sale by a self proclaimed ‘Satanic Minister’ living in Connecticut. It may look like just another decorative piece of art for your home, but apparently what you see here is actually an African Ghula Chest designed to bind demonic energies inside it and it can be yours for just $150. This one is apparently playing host to ‘a rather devious sect of the Ghul Gjinn’! The seller promises to include a sealed document detailing everything that the new owner needs to know, but he accepts no returns – prefetching instead that once it is gone from his home it remains gone! 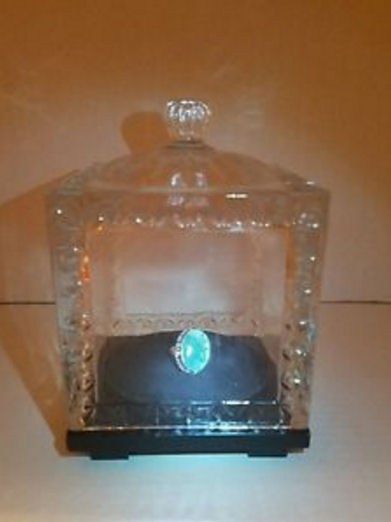 Who wouldn’t want to have their very own dragon? Well, now you can for the bargain price of just $320 – or less if you want to risk bidding against others! This sterling silver and agate ring is alleged to be the vessel that houses the spirit of a green dragon – a creature older than most others in the paranormal plane! The seller will instruct the new owner in how to bond with the spirit. 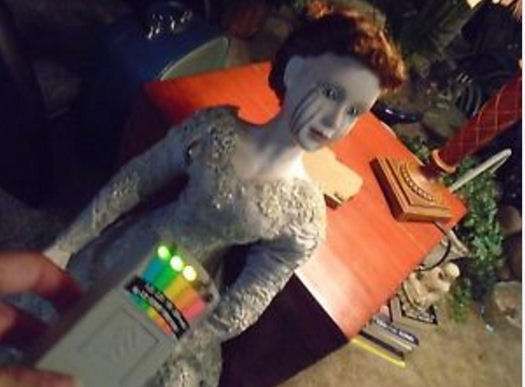 There are many dolls on eBay that claim to be haunted, but few are quite this expensive. This particular doll. Who goes by the name of Eve, is currently listed by a Las Vegas based seller for $1666. The back story goes that Eve murdered her lover and her sister after they fell in love with one another, before taking her own life. The owner claims that the doll cries broken-heartedly through the night and has been causing excruciating headaches. She is now seeking a new home for the doll with someone more experienced! 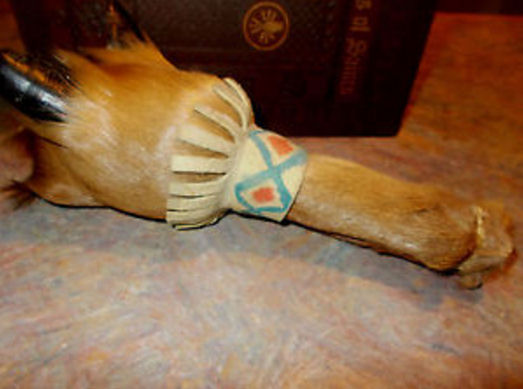 This next item is actually being sold by that same Satanic Minister that is selling the Ghula Chest. This one is a 9 inch long voodoo hoof rattle described as being one of a kind. It is not clear how the item is haunted other than the fact that Reverend Dante finds it unsettling! 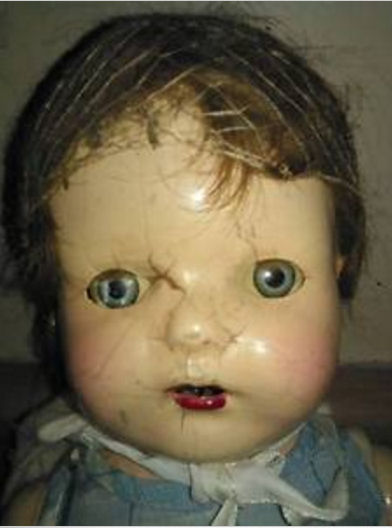 Another haunted doll currently for sale on eBay is this creepy looking porcelain doll priced $145. The Tennessee based seller claims that the doll is a vessel for a little boy who she describes as a trickster, but assures buyers that he means no harm. 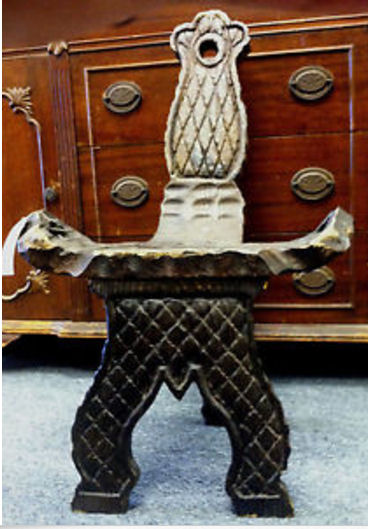 This is one of my personal favourites on the list, just because it is so unique! What you have here is a Victorian Birthing Chair. The seller claims that the chair is imbued with the anguish and pain of the ladies who birthed their children using the chair! She is asking $300 for the item. 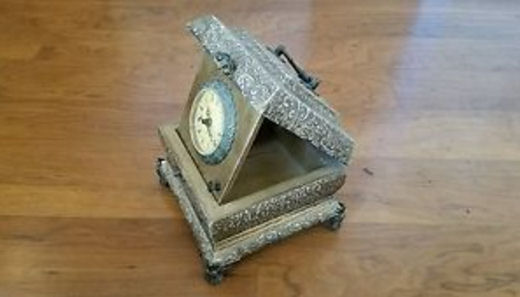 For just $160 you could be the new owner of this allegedly haunted jewellery box! The Utah based owner claims that the clock frequently stops at 3.22am, sometimes on several consecutive days and that the lid opens of its own accord! It even appears to gather up jewellery overnight which hasn’t been put away which seems like a pretty good deal if you ask me! 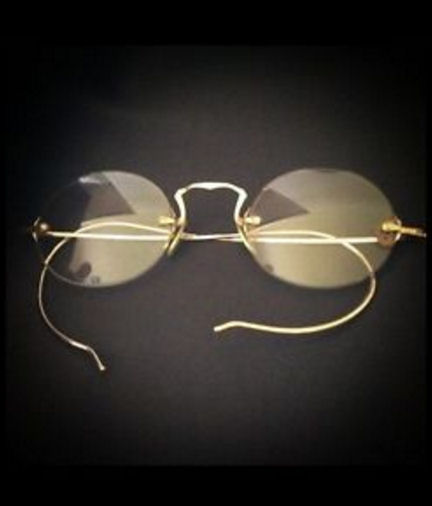 Now, this particular listing really peaked my interest! These spectacles are alleged to belong to an insane undertaker who clipped the eyelids from the deceased to stop them from resting in peace! They are said to come from Connecticut, which makes me wonder if these are related to the Snedeker hauntings made famous by ‘The Haunting in Connecticut’? 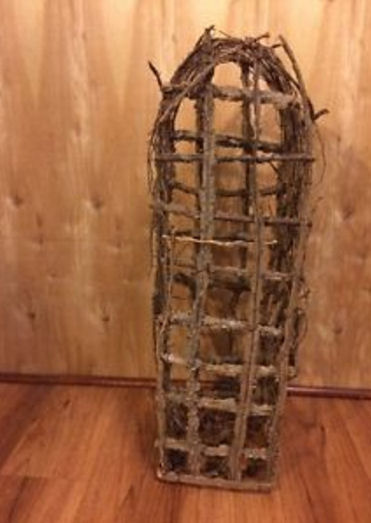 Now wouldn’t this be a talking point to have in your home? This Spirit Cage is said to hold a spirit trapped inside, although the seller says it is not violent. They also claim that the trap cannot be undone! 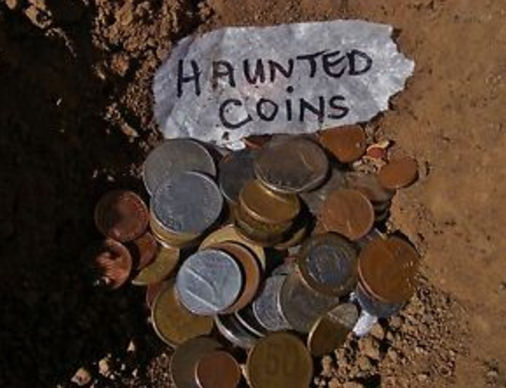 If you want a haunted object of your very own, but are on a tight budget then you might want to take a look at these haunted coins. The seller is offering them for $2.50 each and will choose the coin that wants to be with you! 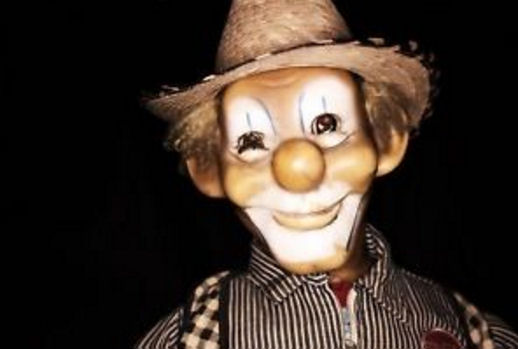 Okay so clowns are pretty creepy anyway, but when you combine them with haunted dolls they become so much worse! This haunted clown doll is on sale with a starting bid of $199. This is one of those items where you need to judge for yourself, because the seller is not claiming that it is haunted, just that it might be because he owned a similar one which was! 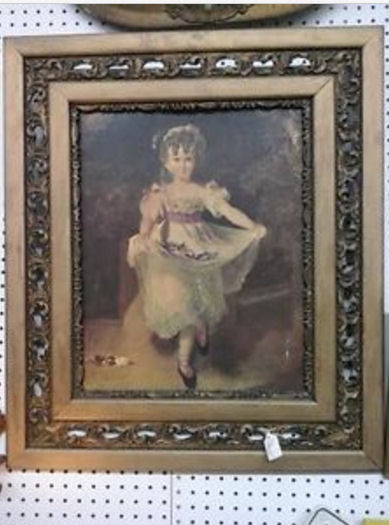 After dolls, the next most common haunted item on eBay seems to be paintings that hold some form of curse. This particular painting is said to have a very negative energy that can cause nausea and dizziness, especially when you touch the frame.
These are just a small selection of items that are currently being advertised on eBay alongside claims of spirit attachment or possession. As I mentioned previously, it is down to you to decide whether or not these items are genuine, but I would recommend seeking out those local to you and asking to view the item in order to get a better feel for any energy that might be attached to it! Happy hunting!