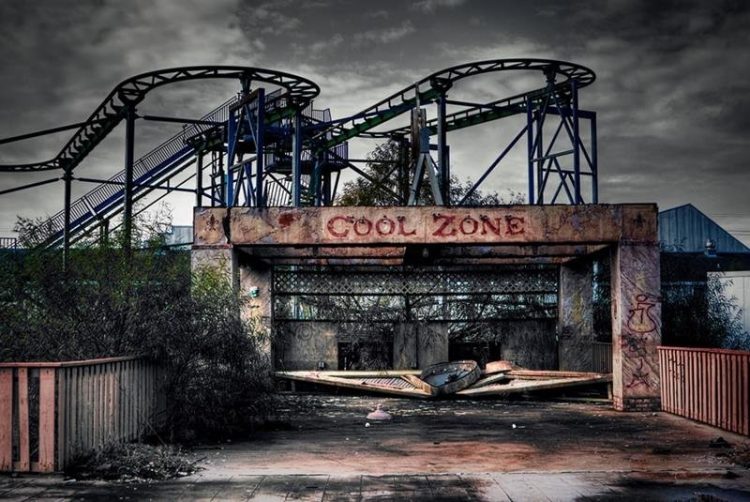 In 2005 Six Flags Amusement park in New Orleans closed for the coming Hurricane Katrina.  The Storm flooded New Orleans, breaking down the levee’s that were meant to protect the city.  The Park was submerged under water for a month.  Once the water receded the damage was extensive and the park never reopened.

5 years later in 2010 Youtube user SpreadMaster infiltrated the abandoned park and filmed what remains in this cinematic video and really shows off the beauty of decay at the park!

The video mentions plans to tear down the park in 2011 but as of 2016 that still hasn’t happened.  Today the park continues to rot and decay back into nature.