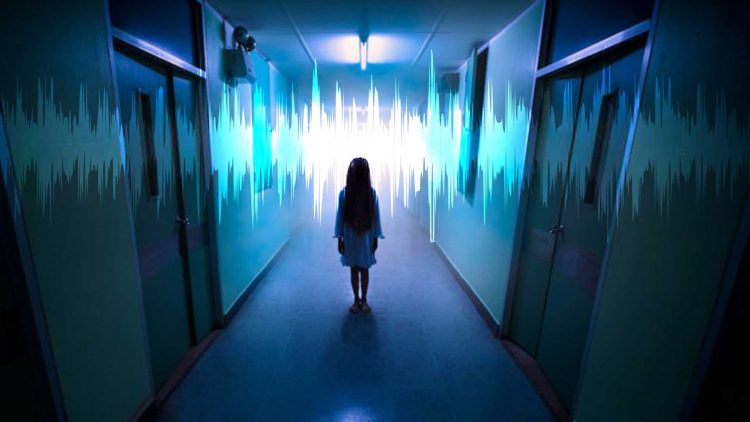 Electronic Voice Phenomena, better known as EVP, are said to be the voices of ghosts recorded by electronic means over a layer of white noise. The use of EVPs was popularized during the 1970s by Konstantins Raudive, a renowned parapsychologist. Today, many paranormal investigation teams utilize this method as a means of communicating and recording disembodied voices when exploring haunted locations. While some skeptics argue that recorded voices must be coming from nearby personnel, this argument doesn’t stand when it comes to investigations that have taken place in empty and abandoned places. Here are five of the most creepy EVPs ever recorded by paranormal investigation teams.

In January of 2007, a paranormal investigation team, called the Central New York Ghost Hunters, were invited to investigate a haunted hotel in upstate in New York. The owners of the hotel asked that the exact location remain confidential, as they were afraid that the hotel might lose business if the hauntings were made public.

The owners of the hotel stated that a lot of activity seemed centered around the staircase, so the paranormal team placed an EVP recorder at the base of the stairs overnight. Expecting to hear a couple of disembodied noises and voices at best, the group was shocked and terrified to discover a plethora of phantom voices and sounds on the recorder, which sounds like a recording straight out of an intense horror movie.

On the recording, numerous female voices, as well as one male voice, can be heard having lengthy conversations. There also seems to be some kind of paranormal attack going on, though it is not entirely clear. What is clear is that the male voice says “help me” numerous times throughout the hair-raising recording. Every member of the paranormal team agreed that this was the most paranormal activity they had ever encountered in their entire careers as ghost hunters.

When people think about people committing suicide off bridges, the Golden Gate Bridge often comes to mind. But there is a bridge in Pasadena, California that has been nicknamed “suicide bridge” due to the number of people who have elected to end their lives by jumping over its edge. In total, over a 175 people have killed themselves off the infamous bridge, including many historically famous cases, such as Myrtle Ward, who threw her child over the bridge before jumping after her.

In this video, a local paranormal investigation team utilizes a more modern parapsychological tool to communicate with the dead, known as a spirit box. Spirit boxes use high frequency radio waves to give off energy to nearby ghosts, allowing them to communicate by selecting words via channels to answer questions.

Equipped with the spirit box, the group travels to suicide bridge, and asks that if there are any spirits around, to please tell them their names. Seconds later, male and female voices emit from the box, saying “Richard,” “Andrew,” and “Tiffany.” The spirits of the bridge seem friendly and talkative until suddenly another voice comes through the ghost box, and it seems incredibly sinister. After asking what other spirits are there, the voice says, “a demon.”

Nonplussed, the group attempt to communicate with the demon, and even ask it to tell them its name. As it is commonly believed that if a human knows the name of a demon, they possess power over it, it comes as little surprise that the voice replied, “don’t ask me.”

Steve Huff is not only a paranormal enthusiast, but he also has a knack for attracting spirits wherever he goes. Upon discovering his abilities, Steve set out to help spirits make connections with their loved ones. But even when Steve isn’t working, the spirits like to be near him, and have a tendency of showing up at his house.

This video was recorded late one night after Steve’s family had all gone to bed. Suddenly sensing that there were spirits around him, Steve whipped out his camera, as well as an EVP recorder to speak with them.

The activity first seems to start up when Steve ventures outside his house to scope things out. At first it seems that a bug is flying around near him, but when Steve asks the orb to follow him into his house, the “insect” quickly obeys. From that point on, whenever Steve asks the orb to come towards him, or fly past him, the orb can be seen immediately after, following his command. Through the EVP recordings, it is clear that a young spirit is hanging around Steve’s house, and repeatedly asks him to play with them.

Later that night Steve claims he woke up suddenly and found the apparition of a little girl standing near his bed, smiling down at him.

Chances are, if you go on EBay on any given day, you can find a post for a haunted doll somewhere on the site. Many people believe that a person’s soul can manage to become trapped within the confines of a doll, and will thus appear haunted to those living around it.

In this video, a group of paranormal investigators, led by a man named Tim, have a Carol Ann doll that they believe to be haunted by a spirit. Setting up an EVP recorder, they attempt to communicate with the spirit that dwells within the doll. The spirt seems open to responding to their questions, even telling Tim that it is seventeen years old. However, Tim is not convinced that the spirit in Carol Ann is as innocent as it seems. When asked if the spirit inside is a demon named Bozo, the spirit responds that it is “Abacus.” Seconds later, heavy footsteps can be heard approaching the EVP recorder, and then a loud demonic growl, worthy of a thousand goosebumps. Tim bravely asks the demonic spirit if he should cleanse the Ouija board that the haunted doll is placed upon with holy water. Again, the spirit lets out a demonic growl through the recorder.

There are many haunted houses in America, but one of the most notorious is the Sallie house, located in Atchison, Kansas. Nobody is quite sure how many spirits reside in the house, but one at least has tried to trick former owners into believing the spirit is of a young, innocent little girl who is merely looking for a friend to play with. Countless investigations have been done within the house, and many ghost hunters are now convinced that the spirits that live in the house are evil in nature, and will stop at nothing to intimidate, and even attack, visitors.

In this video, the same Live Scifi crew visits the Sallie house, and attempt an EVP and spirit box session down in the basement, where a lot of activity is said to occur. At first, the voices via EVP seem slightly unresponsive,  but when asked if the spirit makes itself known by showing pain, a voice responds with the word, “sick.” Tim, the same man who communicated with the spirit in the doll, leads a session with a spirit box. When he asks, “who am I talking to right now?” the spirit box chillingly replies with, “Hear us very good. Beezlebub kill Tim.” Beezlebub is the name of a very well known demon in Christianity. Tim then proceeds to ask, “are you trapped here?” to which the demonic spirit replies, “I can’t get out, GET OUT.”