Tucked away from view on the outskirts of Glasgow, lies an old Scottish country manor house which dates back as far as the 1460s. Once a popular hunting lodge belonging to King James IV, this once prestigious building is unofficially the oldest house in all of Glasgow. Unfortunately, because of zoning issues, the official title goes to the similarly named Provan’s Lordship in the center of the city which was built some 15 years later. Provanhall is one of Scotland’s hidden gems. Despite a rich and interesting history, few people even know of its existence. However, in recent years it has seen something of a resurgence as a Mecca for paranormal investigators thanks to the many ghostly inhabitants who call this place home! 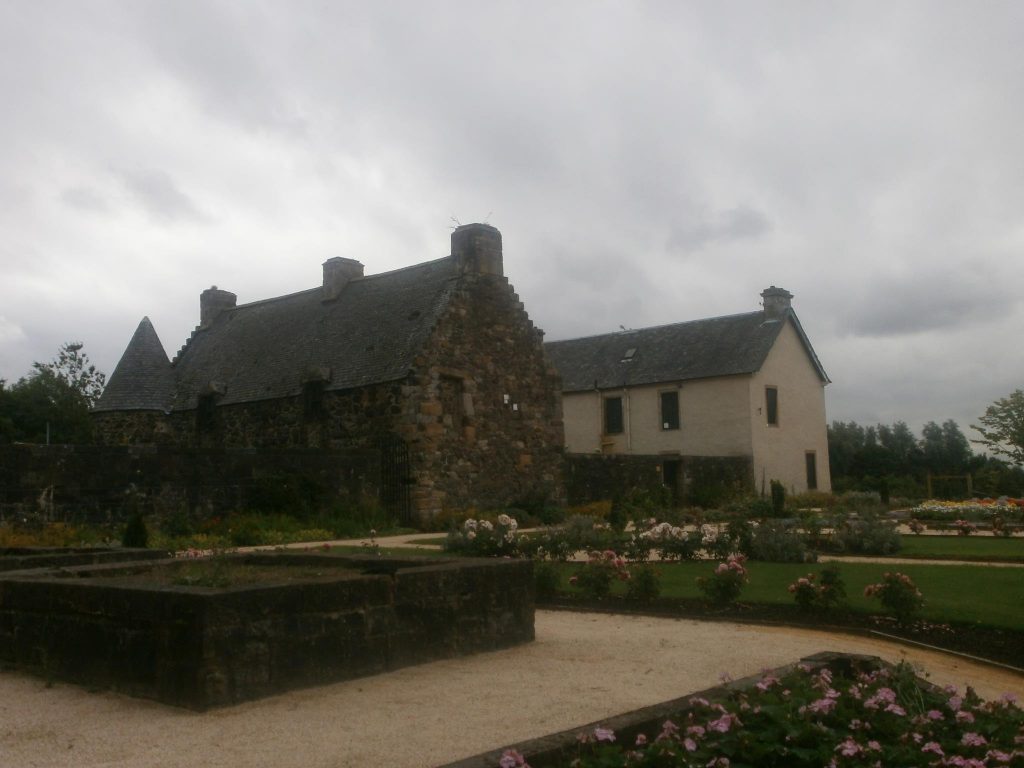 Today there are two buildings on the property – the original Provanhall which has undergone some restoration and has had an external stair case added on the tower and then the much newer Blochairn House which was added in 1760 by a Tobacco Lord. To the rear of the buildings are a beautiful landscaped courtyard and gardens featuring a stunning carved bench to commemorate the commonwealth games held in Glasgow in 2014. To all intents and purposes, it appears to be nothing more than one of Scotland’s best preserved medieval fortified country house. However, these walls have some stories to tell and the spirits that linger inside are always keen to tell them! 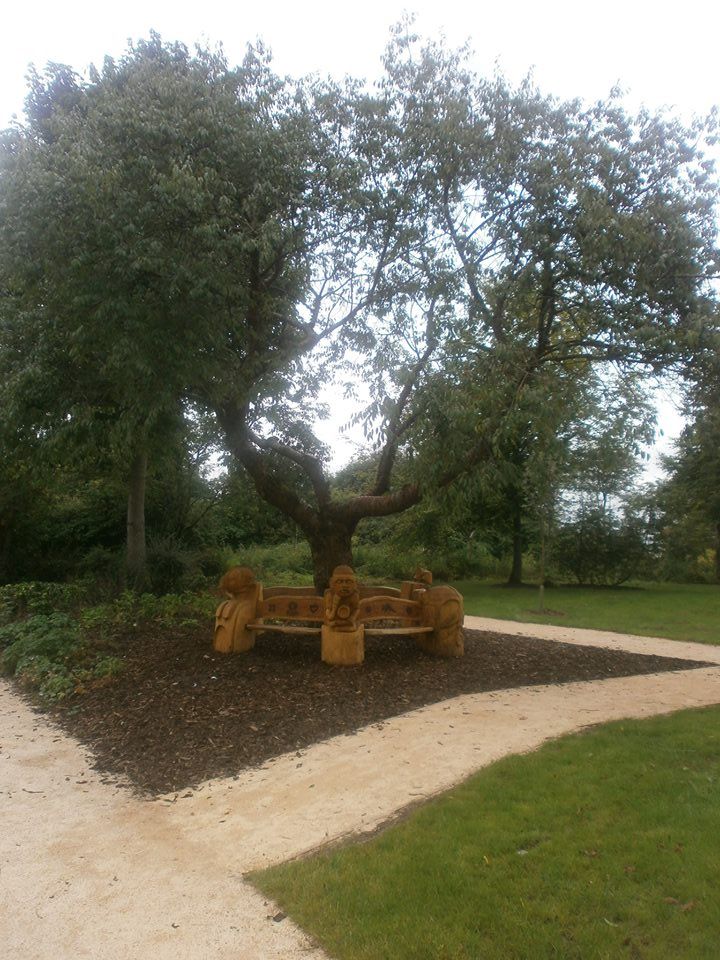 The Ghostly Residents of Provanhall

Provan hall consists of 4 rooms – the grand hall, the dairy, the kitchen and the bedroom. Each area has its own feel and its own spirits. Over the years, there have been many deaths here and there are many spirits lurking in the shadows. However, some have managed to garner more of a reputation than others. The most well known haunting in the building is centered on the bedroom which was once the site of a gruesome murder. The story goes that a soldier returned from overseas to find his wife had a small child. Due to the length of time that he had been gone, it was clear that this was another man’s child. The soldier left and visited a local public house. He returned in a drunken rage and turned his anger on his wife and her child. He stabbed his wife over 20 times as she slept, before then cutting the child’s throat. Since then there have been multiple reports of hauntings in the room which are attributed to not only the victims, but also the murderer himself. 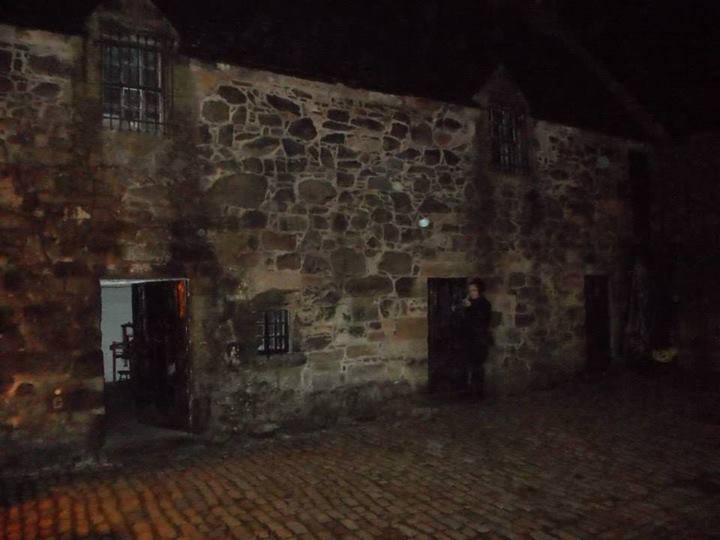 Visitors often find it difficult to stay in the Master bedroom for long and the caretaker finds it almost impossible to heat the room. Several paranormal teams have reported dark shadows, cold spots, personal attacks and the closet door (formerly the privvy) opening on its own. I personally have experienced personal attacks in this room during an investigation. A group of us were conducting a séance and while several people were experiencing a strange feeling like a child tugging at their legs or coats under the table, I felt sharp pains in my lower back and shoulder blades which I can only describe as a stabbing sensation. When a friend noticed my distress and placed a hand on my back she pulled it away saying it felt warm and slick, as though I was bleeding! 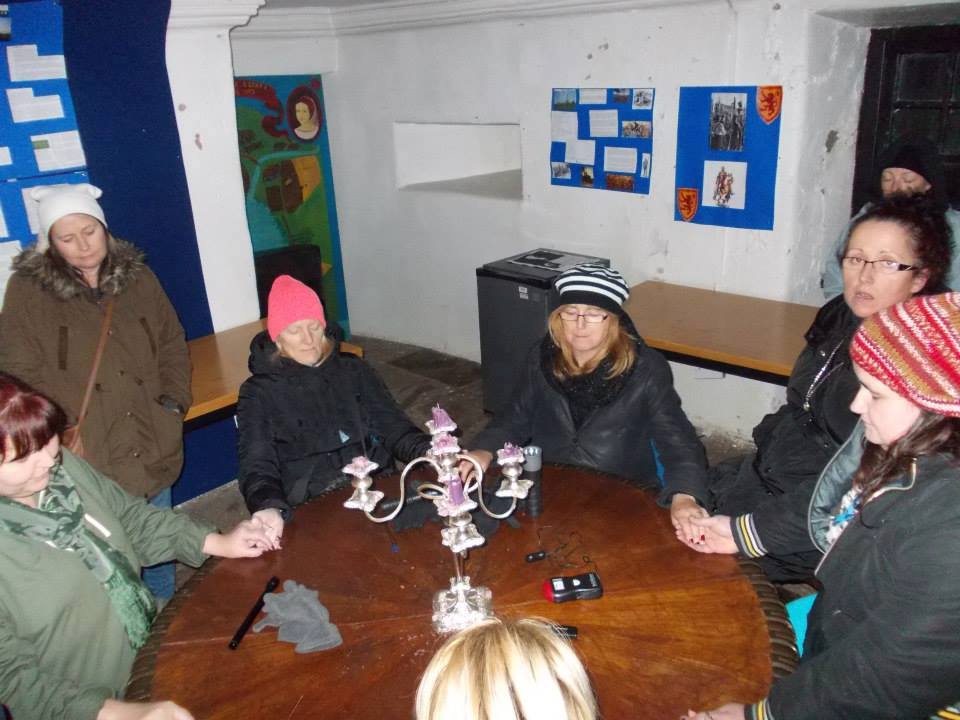 Downstairs in the dairy, people often report feeling sick or experience nosebleeds and feelings of light headedness. There are stories that a young servant girl may have been raped and murdered in this area of the house which fit in very well with some of the experiences that we had in that area. Common sightings in the room include a young female and a man dressed in highlander style clothing. The kitchen is another area where people often feel uncomfortable and many visitors describe a choking sensation. This is hardly surprising given the fact that servant children would be put to work stoking the fires and turning the spits in the oven. Most of these children lasted only a matter of months in the job. If the smoke inhalation didn’t get them, then the fact that they were slowly cooking from the inside out would! It is no surprise that the kitchen is a place that is imbued with a real sense of sorrow.

A great deal of the focus always seems to be on Provanhall and that means that the ghosts haunt Blochairn House are often overlooked. In fact, on my visit I was totally unprepared for the activity in this building, because I was so focused on the much publicized Master bedroom! However, this building is every bit as haunted as the older one across the courtyard! 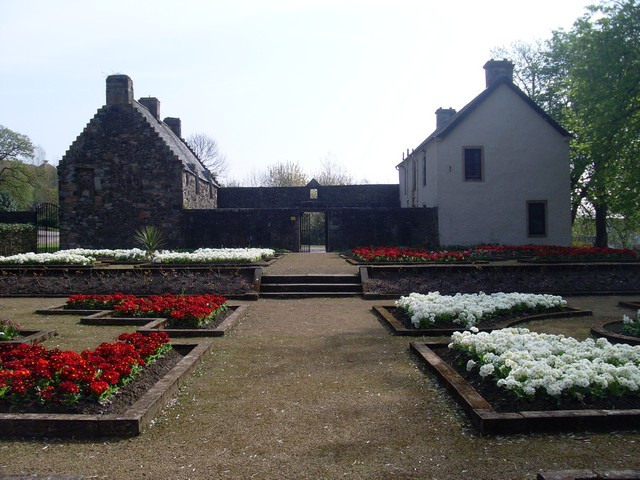 One ghost who is frequently mentioned, and even more frequently encountered in Blochairn House is the spirit of Reston Mather – the last private owner of Provanhall. Staff at the property have been seeing glimpses of Mr Mather on a regular basis and they also report furniture moving around and footsteps on the stairs. It is believed that Reston Mather’s spirit acts as something of a guardian for staff at Provanhall and Blochairn house. On one visit the caretaker told me how he had been attacked in the Master bedroom while a paranormal group were conducting a séance. He began to feel unwell and breathless to the point where he had to be helped out of the room. The next time a paranormal group came to the property they happened to bright a medium with them. She pulled the caretaker aside and told him that a gentleman was keen for her to explain that it hadn’t been him who caused the caretaker’s illness and that he was doing his best to protect him from the others! The caretaker showed the medium a photograph of Mr Mather and she confirmed that this was the gentleman that she was making contact with. He went on to explain that he loves the house and that he was born there and died there, so saw no reason to ever leave. 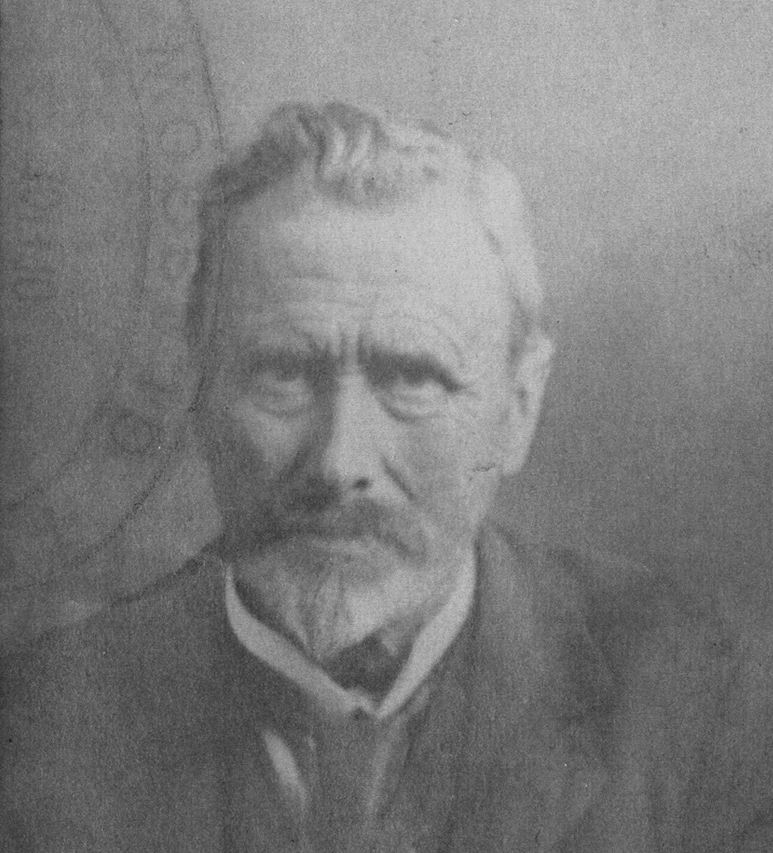 Unfortunately, not all of the residents spooks in Blochairn house are as protective as Reston Mather. A much darker entity seems to reside in the attic of the property and guests struggle to spend much time in this area. There also seems to be several children of various ages in this area. One of the most common experiences that people report in this area are choking sensations and feeling extremely hot. This could be linked to the fact that there was a substantial fire in the building at some point. Guest also say that they experience stomach pains and cramps which again fits in with the building’s history because several people died during an outbreak of dysentery.

The building may also have a darker past. People often mention an angry man in the attic and a dark shadow figure or black mass is often spotted on the staircase. A number of people have gotten the sense that children may have been abused in this attic and one teenage girl may have become pregnant as a result. There is no documented evidence of this, but since the Tobacco Lord would have been a powerful and wealthy man, something like this would certainly have been swept under the carpet. On my visit I did experience the feeling that a small child was holding my hand on the landing and she was too afraid to go upstairs.

Most paranormal investigators who have ventured into Provanhall after dark will agree that it is one of the most active buildings in Scotland. There is rarely a night when these restless souls are reluctant to come out and play. Even in the daylight hours it has an eerie feel about it and few visitors linger for long in the more shadowy corners!