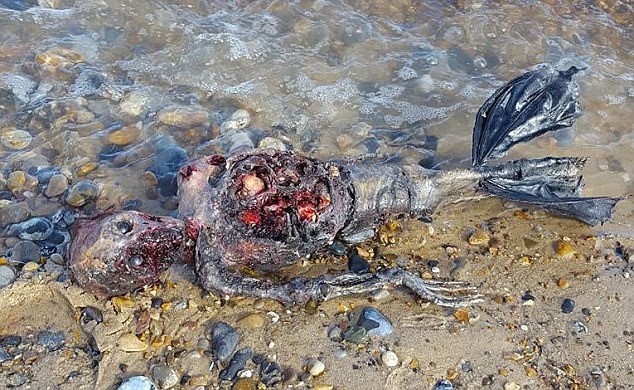 Mermaids are very much considered to be mythical creatures whose existence is limited to fairy stories and swashbuckling tales of pirates. However, all that could be about to change thanks to one man’s discovery on a windswept beach in Norfolk, England. Englishman Paul Jones claims to have discovered the grim remains of a mermaid washed up on the shore and promptly shared photographs of the find on social media where they quickly went viral. The photo set has now been shared almost 30,000 times!

Mr Jones allegedly made his gruesome discovery on October 5, 2016 and describes the find in his post simply by stating, ‘today at Great Yarmouth we found what looks like a dead Mermaid washed up on the beach!’ It is a bold claim, but there really does not seem to be any other way to describe the remains which looks like the decaying corpse of a human like creature, with the distinctive tail of a fish. The head and tail seem to have remained relatively intact although there is certainly some facial damage on the one side, but the mid section seems to have rotted considerably and the innards are exposed.

It certainly does seem to look like the remains of a mermaid and many online users were wholly convinced by the images with one simply stating ‘RIP Ariel’ in reference to hit Disney movie, The Little Mermaid. However, not everyone is willing to accept the existence of mermaids. There has been many suggestions that this is nothing more than the rotting carcass of a dead seal, and there actually is a large colony of grey seals living just off of the East coast!

If this is indeed a mermaid, then it would certainly be an amazing find. However, some internet sleuths have raised a red flag after discovering that Mr Jones is actually a keen model maker and he has some experience in modelling some very creepy figures. Given that Halloween is approaching, people began to wonder if this supposed mermaid was actually a creature of Mr Jones’ own making. When it emerged that he is even an active member of a Facebook group called ‘Horror and Halloween DIY’  some people had their suspicions raised even higher that the mermaid was nothing more than a posed photo shoot with Mr Jones’ latest prop creation! If this is the case, then we certainly take our hat off to him because this is some pretty impressive work! 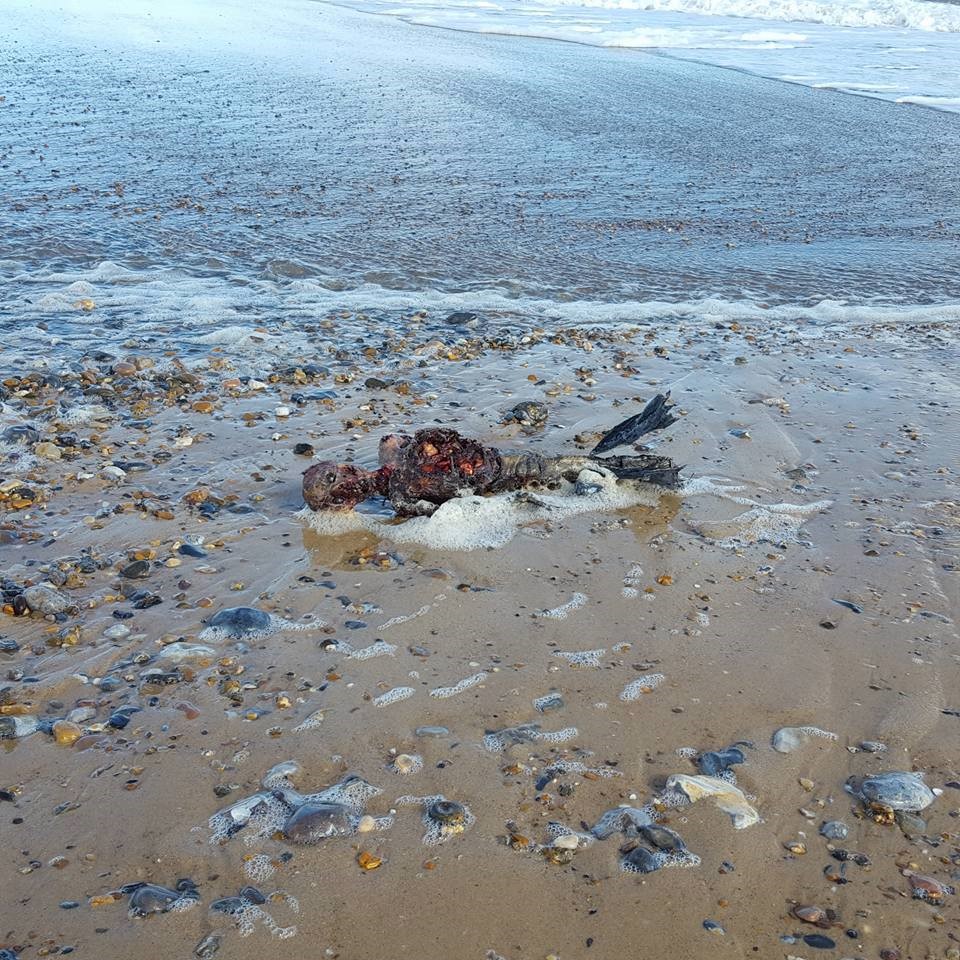 This is by no means the first time it has been claimed that a mermaid has washed up on shore. There have been reports of remains washing up in Japan, Hawaii and even Egypt, especially after Tsunamis or Hurricanes, but this is probably the first time such a report has been accompanied by photo and video evidence.

What are your thoughts about the Great Yarmouth mermaid? Is it real? Is it simply a rotting seal corpse? Or is it just an elaborate hoax?