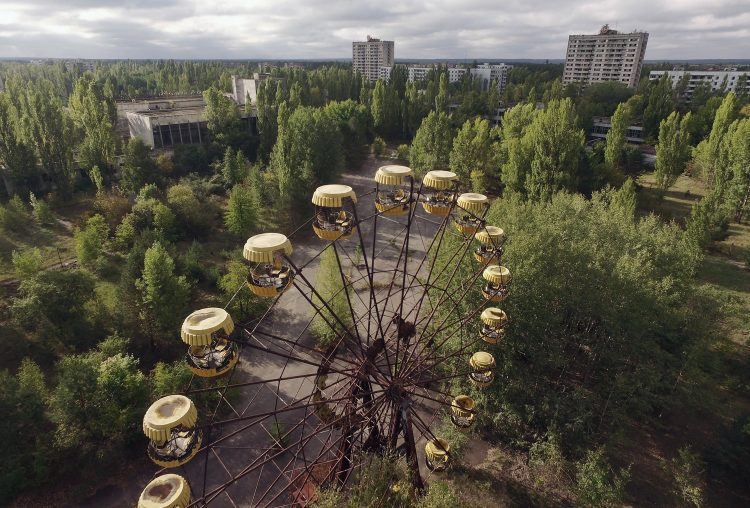 The Chernobyl Nuclear Disaster was one of the most catastrophic events in recent history. On 26 April 1986 an explosion in one of the nuclear power plant’s reactors released massive amounts of radioactive particles into the atmosphere resulting in contamination spreading across much of Europe and Western USSR (United Soviet States of Russia). It was the first of only two such disasters classified as a level 7 event on the International Nuclear Event Scale. The other was the Fukushima Daiichi disaster in Japan triggered by a massive Tsunami in 2011. During the accident itself, their were 31 fatalities, but it was the subsequent struggle to contain the contamination which had a far more devastating effect on human life. Even now, over 30 years on much of the area surrounding the city of Pripyat is not safe due to the contamination and lies as a haunting ghost of its former self. 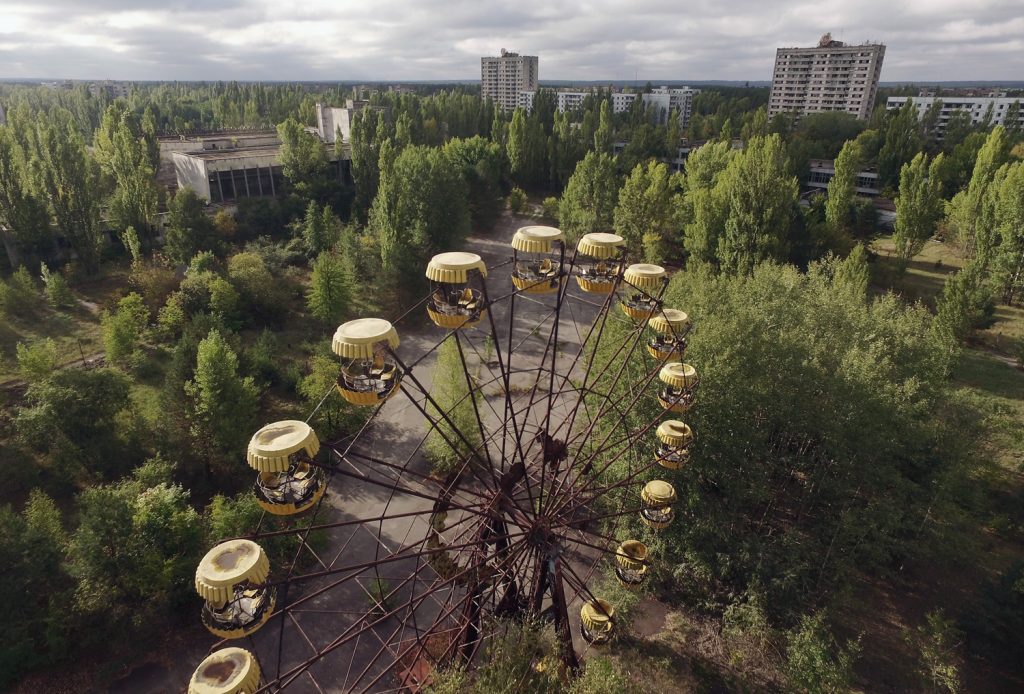 One of the most poignant images of Chernobyl has to be the abandoned Ferris wheel that stands looking out over Pripyat. This image is particularly haunting not only because there is always something sad about an abandoned amusement park, but also because of the story that goes along with it. The city of Pripyat, Ukraine lies just a few kilometres from the Chernobyl Nuclear Power Plant and it was originally built to house the staff and their families. An amusement park was built in the city for those families to enjoy and it was scheduled to open on May Day in 1986. However, the devastating accident that occurred just a few days before the scheduled launch meant that the park was never officially opened. There are some reports that it may have been opened for a couple of hours on April 27, to distract the children of the city during the emergency, but these are largely unsubstantiated. Whether or not anyone ever got to ride the Ferris wheel, it has become a symbol of the ghost town. 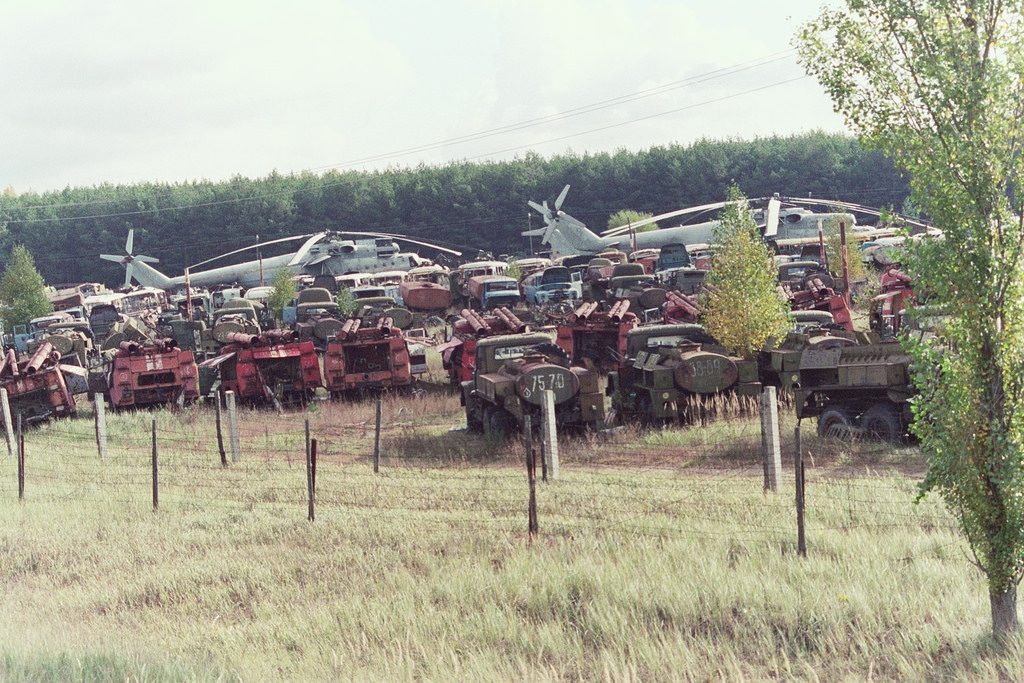 Some of the often unsung heroes of the Chernobyl disaster were the firemen and other emergency services personnel who went into the area to fight the fires and try to contain the contamination as much as possible at great personal risk to their own well being. One fireman, Anatoli Zakharov, who was at the scene later spoke of the incident saying that the fire fighters ‘knew if we’d followed regulations, we would never have gone near the reactor. But it was a moral obligation – our duty.’ The fire engines that went into the heart of the disaster never came out as they instantly became contaminated. Most of the fire engines ended up being buried within the exclusion zone although a handful of them can be seen above ground in the vehicle graveyards populated with contaminated vehicles of all shapes and sizes. 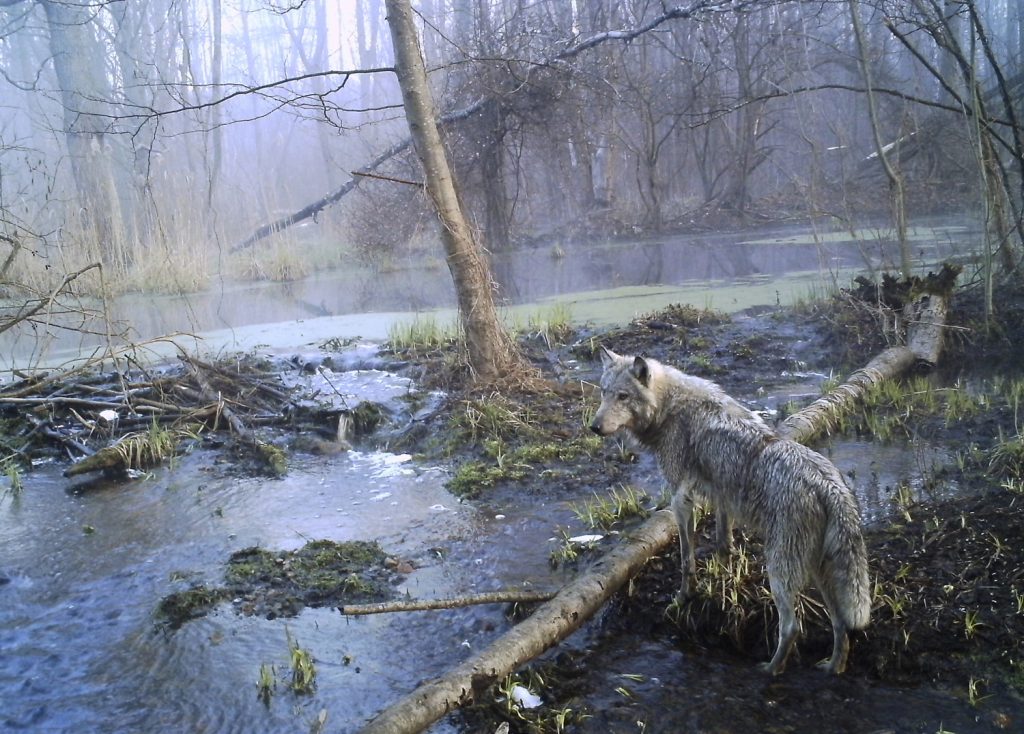 The exclusion zone around Chernobyl has not been declared fit for human habitation since even after 3 decades there are still high spikes in radiation that would be fatal to human beings. However, nature has endured and several species of wildlife have started to return to the area. In fact, experts say that some species of elk, deer and wolves are actually thriving in the area thanks to a lack of human interference. Even so, there is something sad about seeing this lone wolf in a desolate nuclear wasteland. 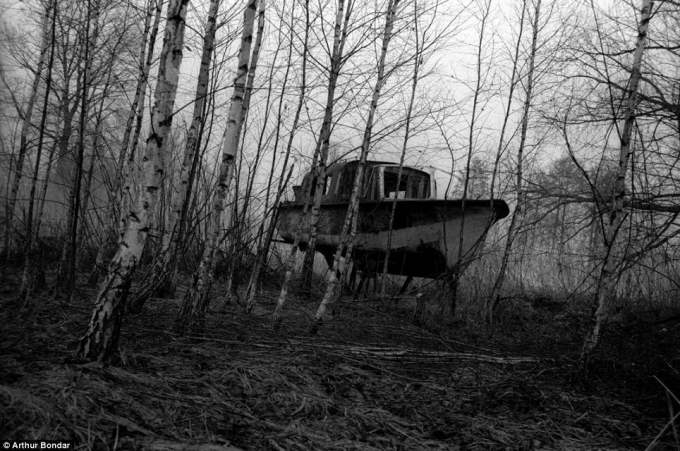 All around Chernobyl, Pripyat and the surrounding area within the exclusion zone there are strange reminders that the former residents had to simply abandon their lives. Most residents were given less than an hour to evacuate their homes which meant that all of their belongings were left behind. Although some later returned for items despite the contamination, most never looked back. This means that there are stark reminders let for us to see even after 30 years. For example, this boat stands mid-renovation, now surrounded by nothing but a radioactive forest devoid of life. 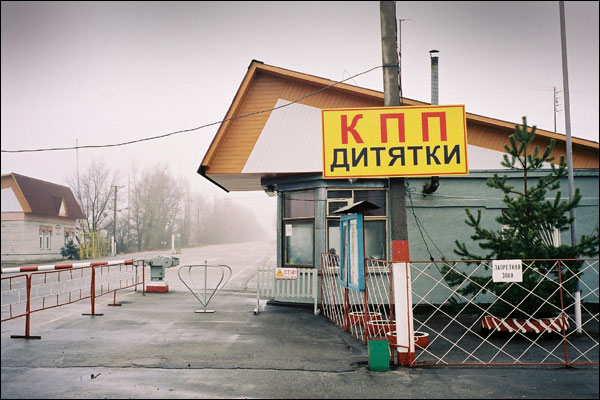 A 30 kilometre exclusion zone extend in all directions from the centre of the plant and is also known as the ‘zone of alienation’. This was evacuated following the disaster at the plant, aside from approximately 300 people who refused to leave their homes. Now this area has more or less reverted to forest and is overrun by wildlife who are taking advantage of the lack of humans in the area. Even now, entry to this zone is carefully controlled via checkpoints around the perimeter. It is estimated that the area ill remain unsafe for human live for at least 20,000 years. Even the workers who are currently rebuilding the containment shell around the compromised reactor re under strict orders which allow them to work for only 5 hours a day over a period of one month at which time they must take 15 days of complete rest away from the exclusion zone.

None of the vehicles inside of the exclusion zone were able to be recovered due to high levels of contamination. This not only included cars and the helicopters that participated in the rescue and clean up operations, but also the ships that were in the town harbour. Here we can see what looks like a scene from some post-apocalyptic movie, but in fact this is the once busy port where a few ships lie abandoned and rusting where they sit encased in ice during the harsh winter months.

Chernobyl is not something that will ever be forgotten. The impact on human life was nothing short of catastrophic and the area will not become safe within our lifetime. The entire area surrounding Chernobyl, especially the abandoned city of Pripyat serve as stark and haunting reminders of this tragedy.