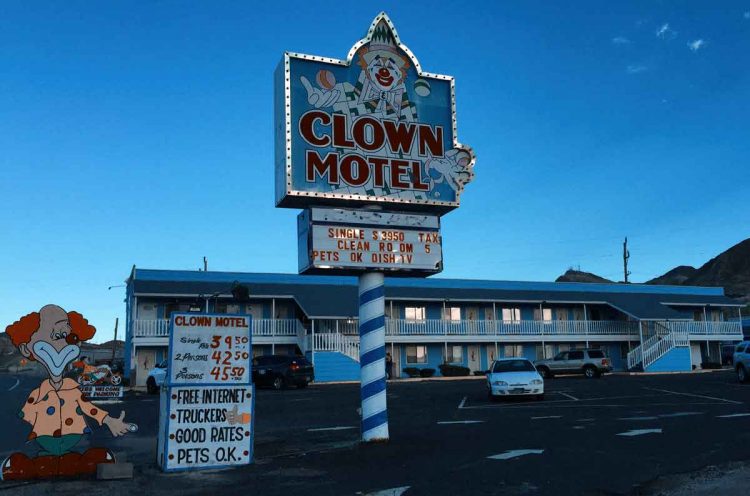 The small town of Tonopah seems like just another stop for Gas on the lonely stretch of I-95 through Nevada.  Like so many small towns in Nevada, Tenopah was once a thriving mining town with 50,000 residents. However today it’s home to fewer than 2500 people!  The town has simply become another pit stop but there’s something about this small town that’s different!  This town is home to The Clown Motel which has become somewhat famous the last couple years due to its unique clown theme.  For people who are afraid of clowns the motel is pure nightmare fuel! 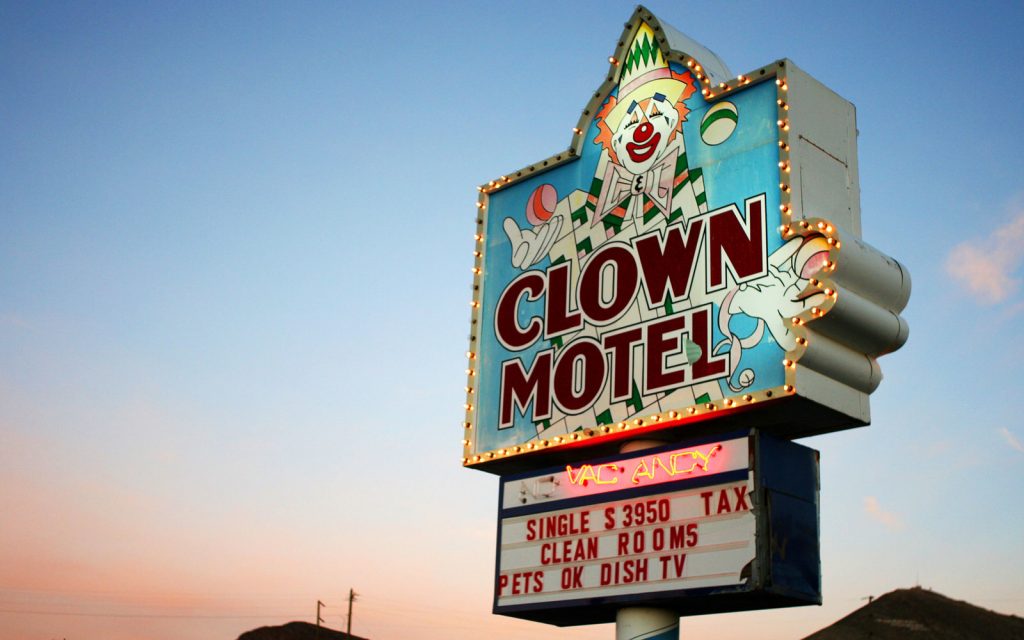 We’ve posted photos of the Motel here and on our Facebook page in the past but now thanks to Youtube Urban Explorer Dan Bell we finally get to see inside the Motel!  As a Bonus Dan explores the Old West cemetery that sits right next to the Clown Motel!  Watch the video below!

The Clown Motel is reportedly haunted and the Desk clerk in the video does mention that a paranormal investigation was conducted there. For the curious there is a reddit thread detailing some of the more creepy experiences people have had at the motel that you can check out here!

So if you’re ever traveling through Nevada late one night an you’re getting too tired to go on.  You might want to think twice before checking into the Clown Motel….