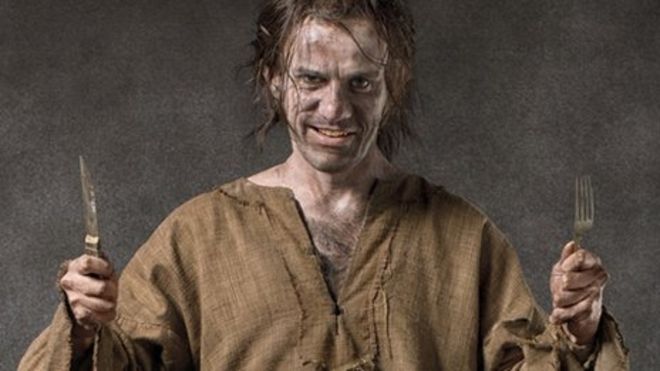 The Legend of Sawney Bean

Move over Hannibal Lector, because there is one cannibal who has got you beaten! Scotland’s Sawney Bean and his family of inbred cannibals are said to have been responsible for the murder of well over 1000 people! Most historians agree that tales of the family have probably been exaggerated, especially once Hollywood took an interest, but there are indications that the murderous clan probably did actually exist. Let’s take a closer look at this gruesome.

Records from the time are largely incomplete making it difficult to pinpoint exact dates and times. However, the best estimates suggest that Alexander ‘Sawney’ Bean, the patriarch of The Bean Clan was born in East Lothian, Scotland some time in the 15th Century. His father was a ditch digger and hedge trimmer, but Alexander soon realized that the family business was not for him. He ended up leaving home with his female companion, who apparently shared many of his unsavory proclivities. The pair traveled across Scotland and ended up in Ayrshire, where they made their home in a coastal cave near Bennane Head.

With no trade to earn their living, the couple took to robbing those who had the misfortune to travel along the clifftop path above their cave. They found the easiest method was to take them by surprise and knock them over the cliff and then pick over the bodies for valuables. Sawney’s wife soon realized that they could kill two birds with one stone, so to speak, if they disposed of the bodies by using the flesh to feed their growing family. Sawney and his wife produced 8 sons and 6 daughters over the course of about 25 years. The clan flourished in the caves unnoticed by locals and incestuous relationships between the children soon produced grandchildren boosting the clan’s numbers to around 48 members. Several of the younger members were deformed as a result of inbreeding.

The clan went virtually undisturbed for 25 years. From time to time, discarded body parts would wash up on shore, but since the locals had no idea about The Bean Clan living in the caves, nno suspicion ever fell upon them. They would take cover during the day and carefully plan attacks on small groups and individuals at night. However, all ‘good’ things must come to an end and one night the Beans preyed upon the wrong targets. A pair of newlyweds were travelling the path when they were ambushed by the clan. The women fell from her horse and was instantly torn to pieces by the female Beans. However, her husband was armed with a sword and a pistol and was able to fight his way through his assailants and escape. He alerted the authorities who put together a hunting party who tracked the family back to the caves with the help of bloodhounds who were drawn to the hidden caves by the smell of blood and death.

The clan members were all captured and led in chains to Edinburgh’s Tolbooth Jail before being split up and taken to either Leith or Glasgow where every single one of them was executed without trial. In order to make the punishment more befitting of their crimes, the men had their extremities and genitals cut off and were left to bleed out while the women and children were forced to watch before being burned at the stake.

One additional tale is sometimes told in the town of Girvan, where locals claim that one of Sawney’s daughter left the clan prior to their capture and had settled in the town. However, when local learned of her connection to The Bean Clan they dragged her from her home and hung her from a tree.

This blood-thirsty clan of cannibals was Wes Craven’s inspiration for ‘The Hills Have Eyes’ and there have also been a range of movies, books and plays based on the horrifying tale – most recently a movie directly based on the family called ‘Sawney: Flesh of Man’. The towns and cities associated with the Clan have made a big deal of the tale – nothing brings in the tourists like a grisly tale of murder!