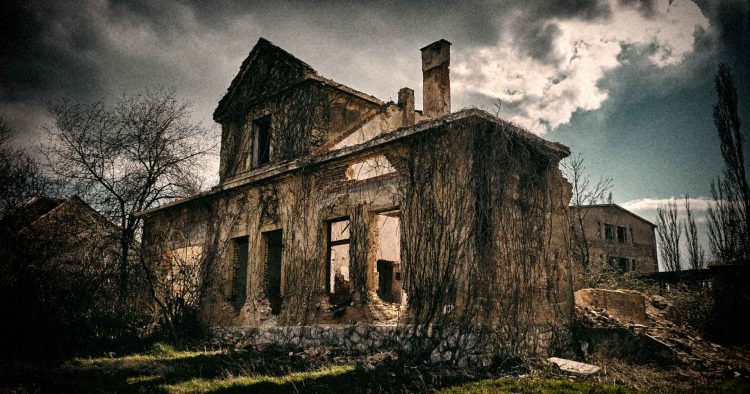 Turn off Route 6 onto Rhode Island’s Ramtail Road and you’ll see little to tell the tale of one of New England’s most notorious hauntings. This road once led to a thriving textile mill – the Ramtail Factory. Officially designated as “haunted” in the 1885 Rhode Island state census, today the only evidence of the Ramtail Factory’s existence are the overgrown ruins of its foundations and an eerie feeling at the back of your neck. 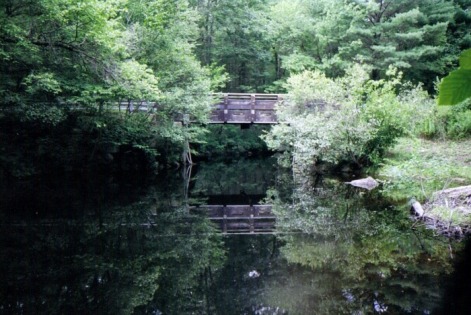 Built in 1813, the Ramtail Factory mill was part of a wave of industrialization expanding across America, with Rhode Island on the leading edge. It was a time of great change in the everyday lives of many Americans, marked by both progress and unrest as workers struggled to cope with the changing social rhythms and the often harsh working conditions brought on by factories. Rhode Island was a key intersection of these tensions as workers organized themselves into what would become modern day unions.

Factory owners sought to quell this social tumult by making factories a source not only of livelihood but of order and routine for their surrounding communities. Rhode Island pioneered many modern mechanisms for controlling the workforce, such as clocks which counted work hours to the minute, company stores, and factory bells which could be heard across town. Ramtail Factory was one of the largest mills in the region and embodied all of these cutting-edge attributes. Harnessing the power of the river, it became the hub of town life. By all accounts life in the hamlet surrounding the mill was quiet and routine, the ubiquitous chime of the factory bell sounding out an invariable cadence to existence. For nearly a decade it seemed as though nothing would interrupt this steady peace, certainly no one could have predicted the string of eerie occurrences which would bring all that to a crashing halt.

Peleg Walker had acted as night watchman since the founding of the mill and was an instrumental figure in the life of the town. His familiar gait as he patrolled the factory grounds with his candle lamp in hand was as regular as clockwork. It was Walker who would sound the mill’s bell – perched high in its steeple – at quitting time as the workers returned to their homes, and again at dawn to signal the end of his rounds and the start of another work day. Walker took his role seriously. He was known to be immensely proud of his part in the mill and the life of the town – he was a founding partner in the mill and loved to refer to himself as a manufacturer. 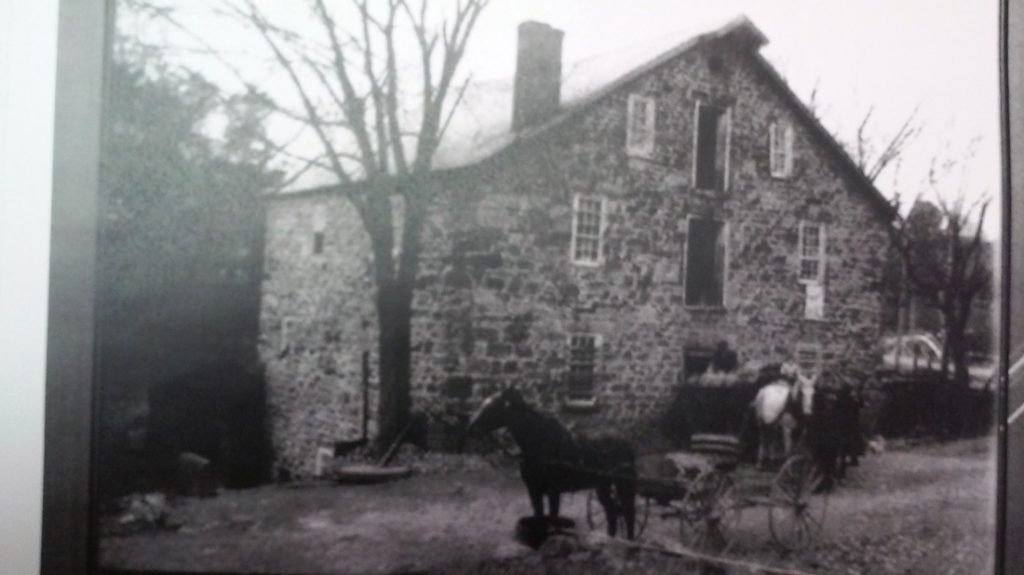 In the spring of 1822, Walker became involved in a dispute over supposedly owed money with William Potter, a fellow founding partner who managed the daily running of the factory. The details are lost to time but the result was Walker being booted from the mill by Potter and the other controlling partners. Bitter at this perceived injustice, Walker swore to the other partners that he would never give up his stake in the mill and that they would one day have to retrieve his keys to the mill from the pocket of a dead man. His former partners laughed off his threat and went home, hoping to put the conflict behind them.

The next morning the townspeople awoke not to Walker’s customary ringing of the factory bell but to an odd silence. Dumbfounded workers slowly assembled at the factory only to find the doors locked. After Potter had his son break a window to get in, the workers entered to a horrifying sight – Peleg Walker hanging from the bell rope, the keys to the mill still swinging from his vest pocket. To this day it is not known what occurred that night between Walker storming out on his partners and the discovery of his body the next morning. The tumultuous circumstances surrounding his demise are reflected by a slight variance in accounts of how he was discovered: while most retellings of the story include the bell rope, some add a further grisly and suspicious detail, suggesting that his throat had also been cut. 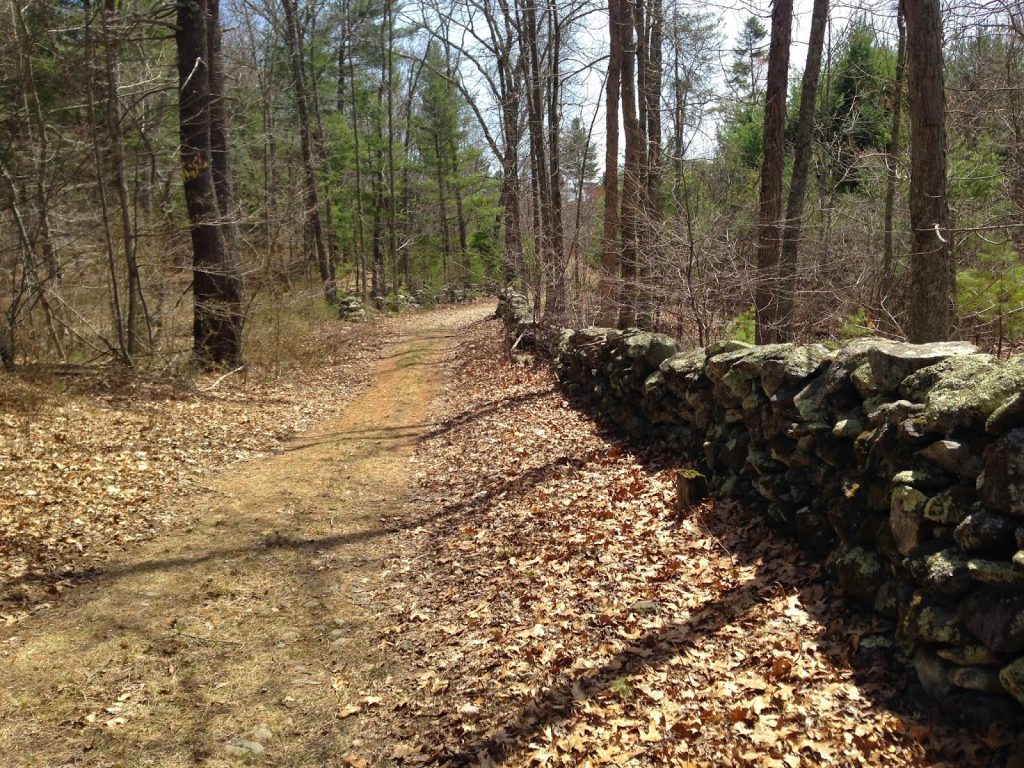 The shocked villagers buried Walker, making sure to take the mill keys from his pocket, and tried to carry on as before. His gruesome death deeply disturbed the town but after a time things started to return to normal – or so they believed. One evening, several weeks after Walker’s demise, the townspeople were wakened suddenly by the unexpected tolling of the mill bell in the dead of night. The Potters, along with a few brave workers, rushed to the factory to investigate but as soon as they slipped the key in the lock the tolling stopped. They searched the building inside and out but found nothing. Dismissing it as a prank, they returned to their homes.

The next night the town was again awakened by the uncanny clanging of the bell and again a search of the mill revealed nothing. Determined to get some peace, the Potters decided to remove the bell rope. Nonetheless, the following night the ghostly peal of the bell reverberated across the town for a third time. This time, in their desperation and growing panic, the workers decided to remove the bell entirely. 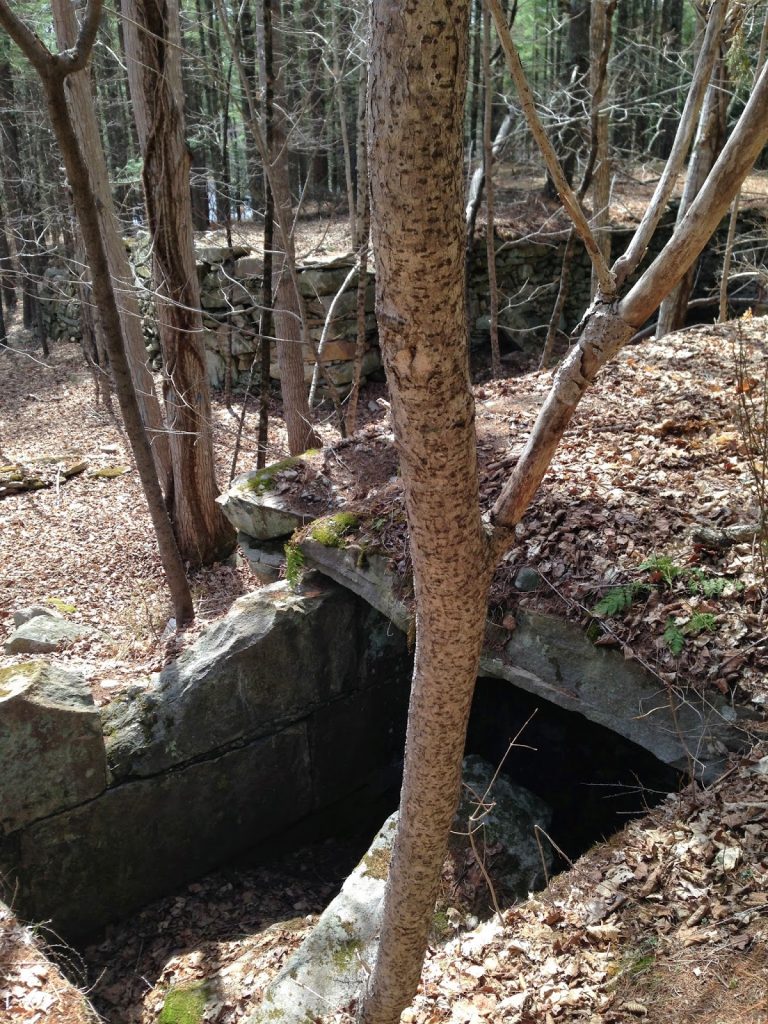 The anxious town was reassured and for the next several nights they slept soundly, but this was not to last. Just a few nights after the removal of the bell the townspeople were again jolted from their sleep at the stroke of midnight, not by the bell but by the sound of the entire factory operating at full blast. In the dark of night the water wheel had started spinning and every piece of machinery in the mill was churning away. The mundane predictability of their workplace now turned to horror as the villagers stared in disbelief at the deranged machinations of these unearthly automata.  The panicked villagers were able to halt the wheel, shutting down the machines, but a peaceful sleep now seemed a far off hope.

Those who showed up for work the following day did so with great trepidation, skittish of every sound and keeping a weather eye on the exit. At the end of the day the small chime that had replaced the once-welcome sound of the quitting bell was greeted as much with fear as with relief, serving as a dark reminder of all that was unwell. Nonetheless, in the days following the event they gamely toiled to bring back the normal routine of the town, hopeful that despite their worst fears things could once again be as they were.

Sadly their efforts were not to be rewarded and a few restless nights later the factory again sprang to life. Villagers again ventured nervously out to the factory to quell the din but this time when they arrived they saw to their horror that the water wheel was turning in the opposite direction of the river! This impossible sight was more than the workers could stand. The mill, that steady beating heart of town life, had turned against them, seemingly possessed by something that defied the laws of nature. Unable to trust that life would return to its peaceful routine, all but a few soon fled the mill and the town. 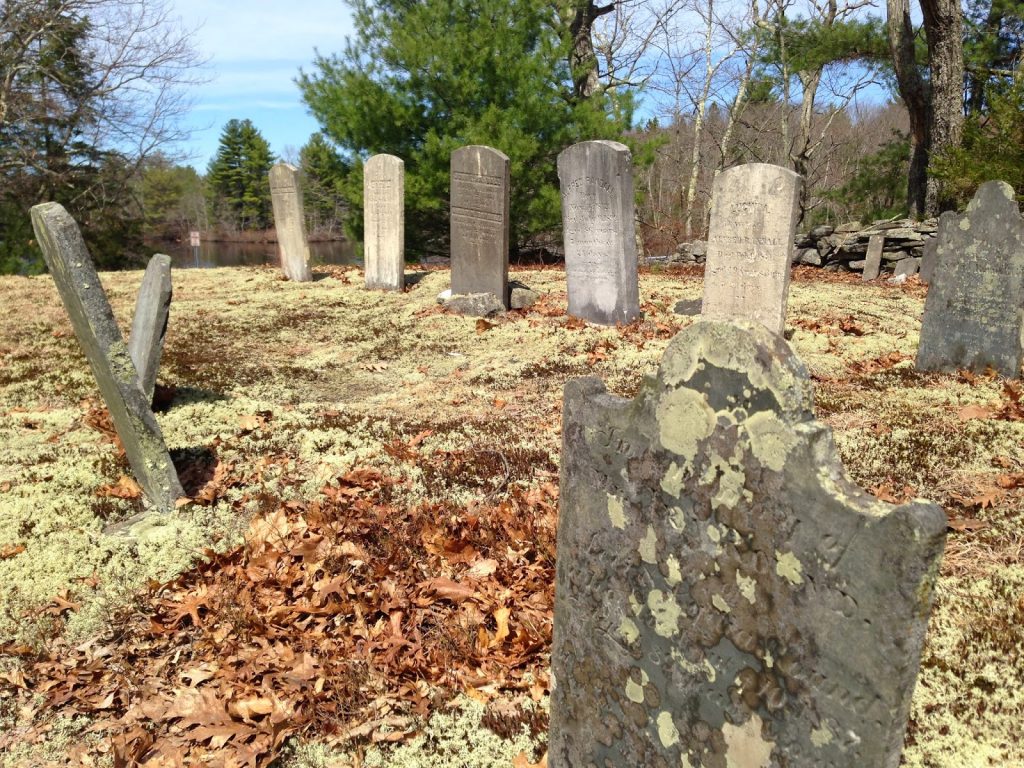 Rumours of what had happened at Ramtail quickly spread. With no one in the region wanting to risk going near Ramtail, let alone working there, the mill was forced to close down within a few years. Those who remained in the area often reported seeing a lone, candlelit figure patrolling the grounds long after the factory’s doors were shut. In 1873 the abandoned factory was burnt to the ground in a massive fire of unknown origin.

Over a century later visitors still report seeing the light of Walker’s lamp on dark nights, or even hearing the distant tolling of a bell. While most people nowadays dismiss these stories, the land has never been reused. If you visit the site of the mill today you’ll notice a thin spray-painted line, indicating that no trees within the factory’s former foundation are to be cut. Just a short walk away in Potter Cemetery lays Peleg Walker’s gravestone, inscribed with the faded epitaph: “Life how short, eternity how long.”