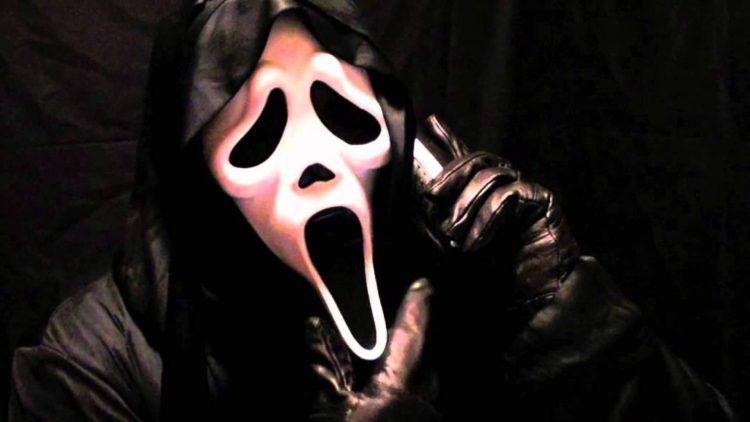 If you’ve ever seen movies such as The Call, chances are you now realize just how much trauma and agony a 911 operator experiences on a daily basis. When faced with a dire situation where lives are on the line, 911 operators must keep a level head and gather as much information from a (likely) hysterical caller in as little time as possible.

These trained callers must inevitably grow a thick skin in order to succeed at their job and save lives….but every once in a while an operator will get a call that sticks with them for years to come.

Here are anecdotes of some of those very calls.

One operator received a call from a young girl who was in the middle of witnessing her father and her uncle engage in a very vicious physical altercation. When the operator asked the little girl to describe what was happening, she informed him that her uncle had taken the pointy end of a hammer and had started to stab it into her father’s face. The daughter went on to tell the 911 operator that she had seen her father’s eye fall out onto the floor.

Thankfully, her uncle was apprehended and the little girl was taken in by another relative after her father’s most unfortunate death.

During the early 90’s a woman was a 911 operator in the state of Washington. Her daughter was five years old at this time, but asked her mom to tell her about some of the worst calls she had received when she got a little older. Her mother informed her that she was working one Halloween and received a call about a couple young guys who were dragging a dummy from their old pickup truck. Parts of the dummy and the dummy’s clothes were tearing off and making a mess in the city streets. As time passed, the operation center received more and more calls about this dummy so the woman dispatched two officers to speak with the guys in the truck. When the officers finally located the truck, they were horrified to discover that it wasn’t a dummy at all—it was a human being. The two guys had stopped at a store and had unknowingly backed their truck up into an elderly man. Part of his shirt had gotten caught on their rear bumper and they hadn’t heard his cries for help from inside the truck. Bits of flesh and clothing from the man had been scattered all over the city as they drove around town, unaware.

One 911 operator received a call one afternoon from a distraught woman. She said that she had gone over to the neighbor’s house and saw a plastic bucket resting on their porch. When the neighbor looked into the bucket she was shocked to see a dead baby within. The call itself was particularly gruesome, but the operator was more scarred by the details she had picked up from the patrol officers afterward: the couple who lived in the house used the premises for cooking meth, and had never bothered to get the plumbing fixed in the house. Instead, they used buckets as makeshift toilets. The girlfriend was six months pregnant at the time and had experienced a sudden miscarriage. Rather than make proper arrangements for their baby, they kept it in the bucket and placed it on the porch for anyone to unwittingly discover.

Sometimes callers are so frantic or upset, it takes them a while to explain why they are calling in the first place. One operator received a call on Christmas Eve night from a woman who was crying so hard she couldn’t speak. After the operator managed to get her to calm down a little, the caller explained that she had been with her boyfriend watching a movie on the couch when she had fallen asleep. When she woke up, her boyfriend was nowhere to be found. When the operator asked if the woman had any idea as to where her boyfriend went, the lady explained that she had found him in their closet. He had hung himself with their bedsheets. The operator quickly instructed her how to cut him down and perform CPR. Halfway through her compressions, the boyfriend gave one long exhale. The caller thought she had managed to revive him…but it was just the last of the air in his lungs leaving his body.

911 Operators are instructed and expected to remain on the line with their caller until the proper authorities have arrived at the scene. Sometimes this entails grueling phone calls lasting thirty minutes or more. One operator remained on the phone with a caller for over forty minutes as the man hid from a stranger who had broken into his home. The criminal located the owner of the house and held a loaded shotgun to his face, instructing him to call the police. It became clear to the operator that the criminal wanted to die and figured the easiest way to do so would be to arrange for a cop to shoot him. The operator had to remain on the line while the caller peed himself, continuously dry heaved and begged the operator over and over again to help keep him alive.

Around 11:30 PM a 911 operator took a call from a woman screaming in agony that she was burning. Realizing that the woman was, in fact, on fire, the operator quickly ordered her to drop to the ground and roll around until the flames were extinguished. Once the flames were out, the operator told her to find cool water to pour on herself while she waited for the fire department. As the woman did so, she began to explain the events of the evening to the operator. Apparently she and her boyfriend had been drinking at her house when her boyfriend got into a dark and depressed state of mind. He decided that it was the perfect night to commit suicide—and that his girlfriend should die with him. He then proceeded to grab a can of gasoline, pour it all over their bodies and he set them both on fire. Both individuals, as well as part of the house and their yard, went up in flames. Miraculously the couple survived, and the house only had minimal damage.

Many 911 operators must quickly instruct callers on how to perform CPR on their loved ones. One such operator found a call particularly disturbing not because of the nature of the call, but because of the demeanor of the caller. A man dialed 911 and stated that his son was unconscious and not breathing. Usually callers are distraught, but this man was incredibly calm as he explained the situation to the operator. He stated that he had left the room for a few seconds and when he returned, his son was suddenly not breathing. When the operator began instructions for CPR, the man acted as though he had just been ordered to clean a toilet. The operator later learned that the child was two years old at the time, and when the man couldn’t get his son to stop crying, he had beaten him to death.

This story comes not from an operator but from a firefighter who was instructed to help out at the scene of a brutal car accident. A car, filled with a mother, father, their seven year old daughter and a friend of the family’s, had collided with a large semi-truck at an intersection. Upon impact, the car got stuck underneath the semi, and all three adults were instantly decapitated. Only the seven year old was small enough to fit underneath the semi without being hurt.  The collision was so bad, it took four hours to gain access to the little girl. That poor thing spent four hours in between her decapitated parents before she could be freed.

One operator will never forget answering the phone to a man screaming into the phone that he had found his relative out on the lawn, bleeding from his head. Once the operator obtained the person’s address they knew that it would take a while for the police and an ambulance to arrive, as they lived in a very rural area. The operator tried his best to keep the caller calm, but the man was frantic. Every time the operated tried to ask for details about the situation and the condition of the man’s relative, he repeatedly yelled that he was bleeding from his head and that the operator must send help. Halfway through the call the man screamed at the operator that his relative was no longer breathing. The operator quickly instructed him to perform CPR on his family member. After about 300 compressions, the relative began to breathe again. The operator insisted that the caller go into the house to find things to help stem the bleeding, but the caller refused. He did not want to leave the side of his relative. After a while longer, the caller informed the operator that the police had just shown up. Right before the operator went to hang up the phone, he heard the police officer instruct the caller to “please step away from the gun on the ground.”

Sometimes the most chilling 911 call isn’t an emergency at all. One operator remembers receiving a phone call from an elderly woman who wanted to notify the police that her husband was missing and that she hadn’t seen him in a couple of days. Police officers quickly got involved and helped the woman search all over town for his missing husband, but no trace of him could be found. About a week later, a call came in from a concerned neighbor who reported a strange and foul odor emanating from the elderly woman’s house. Police arrived at the house and quickly discerned the smell was coming from the attic. When they pulled the string from the ceiling in the hallway, the woman’s husband’s body fell from the attic. Apparently he had been up there putting away some things when his wife had shut the attic door, inadvertently trapping him inside with no way out.