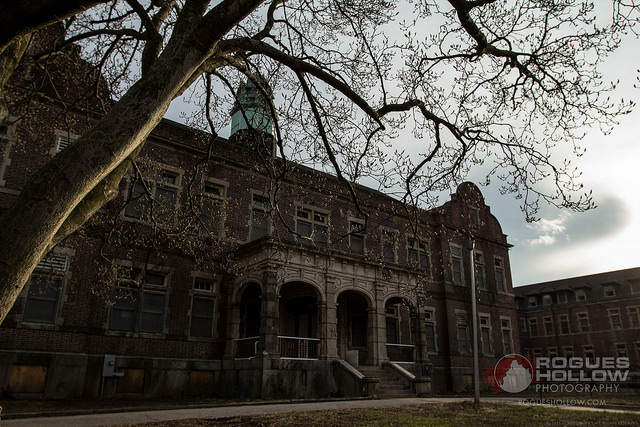 Pennhurst was constructed and opened in 1908 as a state school for the mentally and physically disabled. The property covered 120 acres and featured multiple buildings, its own power station, and even a theatre! Created to house over 10,000 patients at a point in time, Pennhurst was one of the largest institutions of its kind in Pennsylvania. Half of Pennhurst’s residents were committed by court order and the other half were brought by a parent or other guardian. It was devoted strictly to the care, treatment and education of the disabled.

Pennhurst was quickly overcrowded and reports of abuse soon followed.  An expose was done in the 1960’s the revealed the disturbing and deplorable conditions at Pennhurst.  Patients were left in beds all day and wallowed in their won filth and feces! Pennhurst was the type of place people dumped their unwanted handicapped children and walked away.

Many of the buildings are linked by an underground tunnel system designed for transportation of handicapped patients to and from the dormitory, recreational buildings and dietary.  Many people have reported that these tunnels are haunted.  Several ghost investigations have been conducted at Pennhurst and everyone has concluded that the place is haunted!

In 1986, Pennhurst was ordered closed, and began a program of de-institutionalism that lasted several years.  Thousands of people began to illegally tour the property spray painting everything in sight and breaking all the glass in the place. Theft was rampant and the destruction of the property was in full swing. Patients were thrown out and a large homeless population developed in the area.

Pennhurst fell into decay rather quickly after it closed and many of  the buildings became unsafe.  Stories that the place was haunted only attracted more people who explored the place and were destructive to the buildings.  However a haunted house owner did see the potential that the place had and decided to do something about it.  Today Pennhurst has found new life as a Haunted Attraction, one which has been selected multiple times as one of the best in the country by Haunted Attraction Magazine !  You can get tickets and plan your visit at PennhurstAsylum.com