Fire & Brimstone – The Curse Of The Hell’s Gate 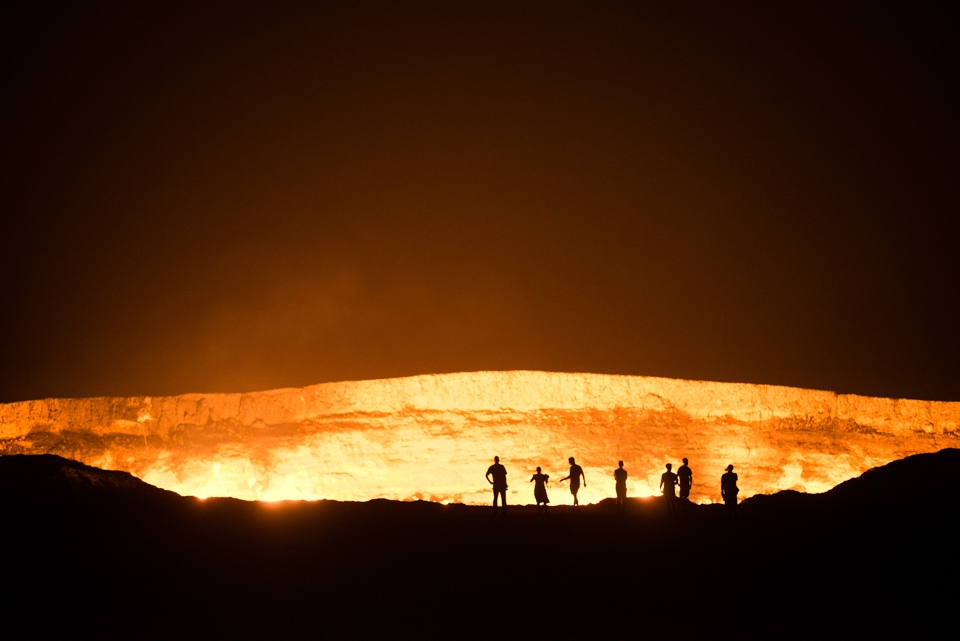 1971, Derweze, Turkmenistan. Soviet scientists are drilling for oil but they find something else instead. So they decide to set it on fire, unknowing of what they are about to unleash. No, this is not the beginning of a horror movie, but it might as well be. This is how the Gate of Hell was created or, better said, unveiled. And its fires have been burning ceaselessly for 45 years now.
The quest for oil and a rash decision 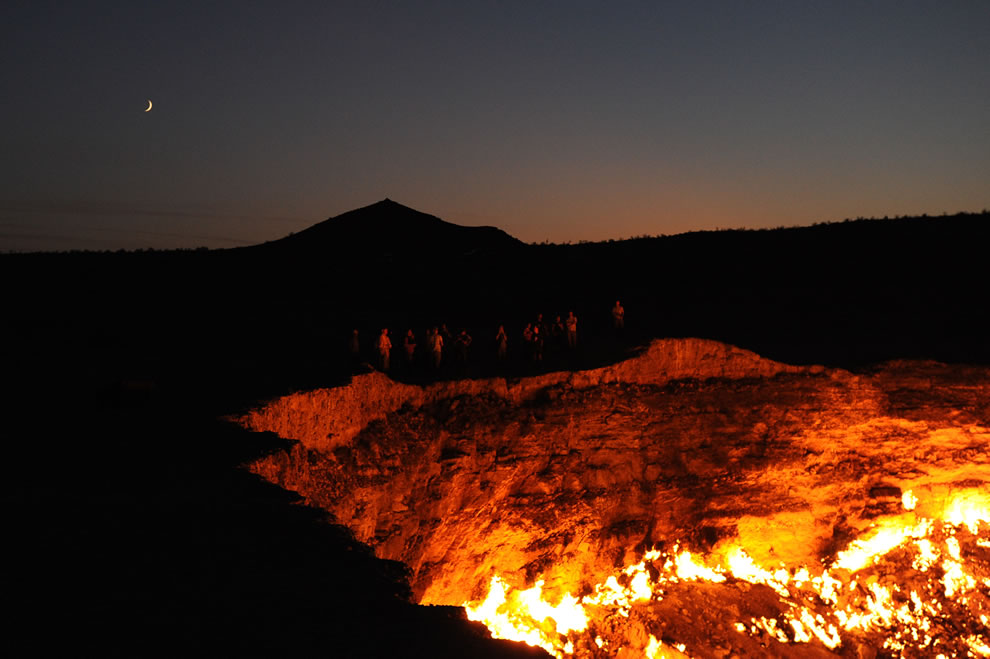 Instead of oil, their drilling released a poisonous natural gas that caused the whole area to collapse. Supposedly nobody was hurt in the accident, but, then again, no official statement was given at the time. The Soviet Union’s policy was to keep information from the public so that nobody would get alarmed or revolted. One can imagine why a drilling accident in a country that was part of the Soviet Union, a tragedy caused by greed and ignorance, would make people rebel, so they decided to make everything forgotten.

Unfortunately for them, the choice they made was the worst possible one. When the gas crater collapsed it not only took their equipment and, possibly, some of the workers with it, but it also started emitting a poisonous gas that smelled of sulphur. They didn’t have the technology or the equipment to extract that much gas so, instead, they decided to set it on fire, thinking that it would burn out in a couple of days. As it happens, the fire they started 45 years ago, is still burning bright, literally creating a pit of fire in the ground and nobody knows if it will ever burn out.

Locals avoid the place and not only because of the brimstone smell. They believe the place is cursed and that it opens the gate to a world of horror. They would tell anybody who ventures there that, once you reach the place, you are not in control anymore. Your emotions get the best of you and you start thinking of every mistake you ever made while inexplicably being drawn to the edge of the fire pit.

In 2013, explorer George Kourounis decided to be the first person to go down Hell’s Gate. With the help of special equipment, he managed to do it and later described his experience as a surreal one. He said that it was like stepping on an alien planet – all around him he could see thousands of small fires burning, forming a coliseum of fire. But as he later told, it was very hard to find more information about Hell’s Gate. It seems that most of what happened there during the Soviet expedition remains a mystery.

A trip to the Gate of Hell

If you are brave enough to venture to the place, make sure that you take all the safety precautions. There are tourists who come to see it, but most people avoid the region of Derweze. However, it is said that the view is spectacular at night. The fires burn so bright that they reflect on the sky above, making the whole area seem out of this world. And, in the end, it may not be of this world. Whatever happened 45 years ago, it was scary enough to make the Soviets destroy most of the records and set the place on fire.