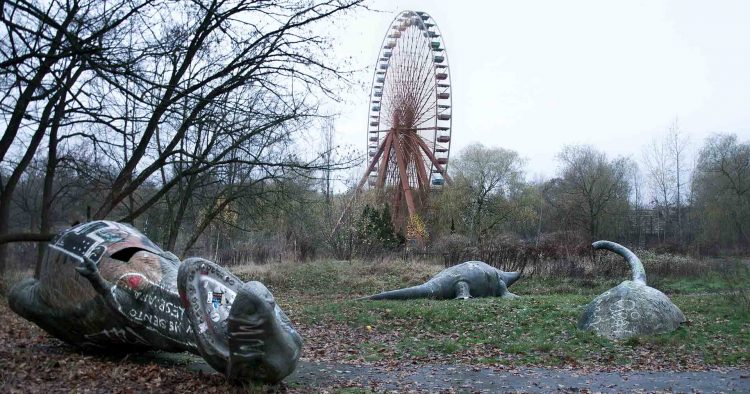 For some, the words “breathtaking photography” conjure a highly specific set of mental images at just a casual mention; sunsets on the beach, whimsical forests, jaw-dropping panoramas of the Swiss Alps. But Cleveland-based photographer Seph Lawless is redefining “breathtaking” in his own unique context, producing phenomenal images in the least likely settings: specifically, snapshots of industrialized locales in states of utter decay and disrepair. Unconventional, to say the least, but no less arresting. So why such a unique point of view? 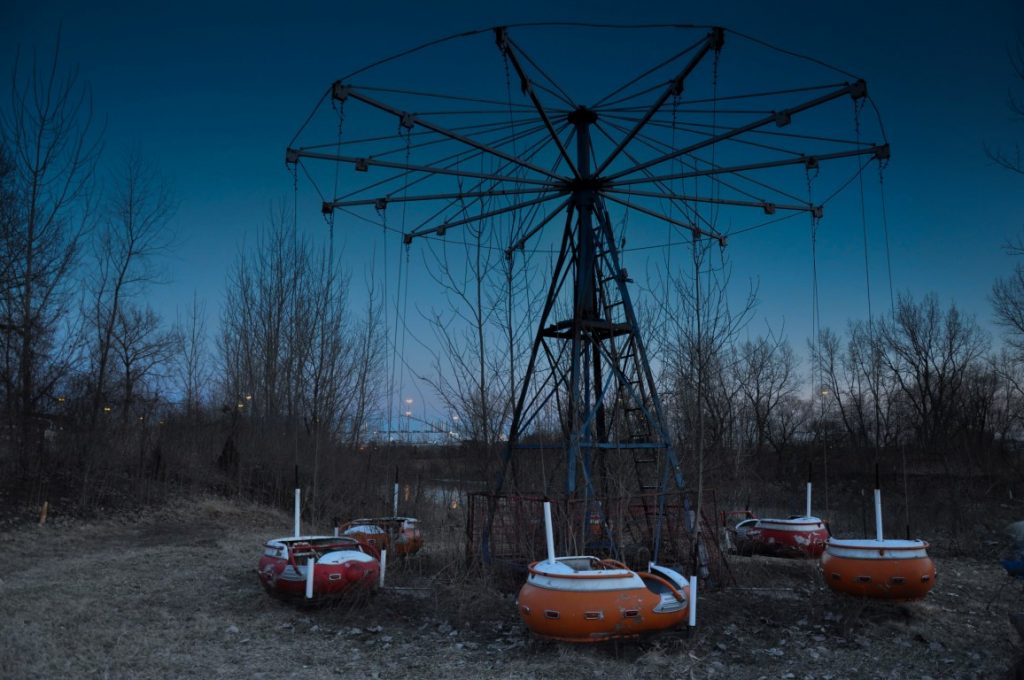 “It kind of tied into the political and economical situation of my country,” says Lawless, pseudonymously known as such to avoid the murky legal implications of what is ostensibly professional trespassing. “It was a lot different than some of the other [photographers] that were doing it for, you know, history and preservation. They were just so enthralled by the history, and I was bored by that.”

Lawless explains that he doesn’t necessarily want to place blame for the carnage that he captures with his lens, but rather to encourage its discussion. His past projects include The Last Lap, a series focused on the abandoned North Wilkesboro Speedway in North Carolina, and Autopsy of America, which chronicled the devastating effects that the recent economic crisis had on some cities. His newest book, is titled Bizarro: The World’s Most Hauntingly Beautiful Abandoned Theme Parks. 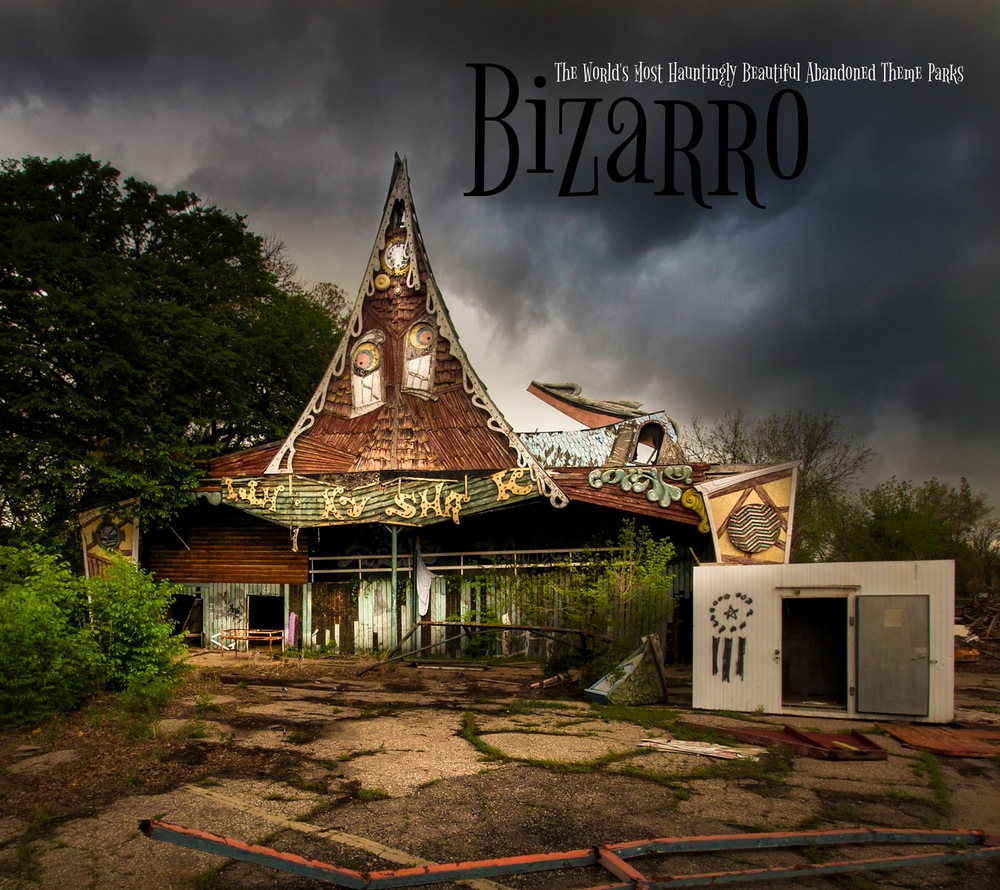 A lot of people identify with [amusement parks] and love and share a lot of good memories there,” he says. “People are kind of drawn to abandoned amusement parks. There’s something very creepy about it, but beautiful at the same time.

The parks that Lawless chronicles in this latest series run the gamut; there are giant franchise parks, like Six Flags New Orleans, a casualty of Hurricane Katrina. SFNO’s final day of operation was August 21, 2005, and what was once a fully operational amusement park now resembles something placed under some sort of voodoo curse; flood waters stand still a decade later, alligators swimming in the roller coaster tracks.

But Seph was careful not to just document the big-budget players; the book also features lesser known destinations, like Dogpatch USA. An Arkansas park that opened in 1968, Dogpatch USA was inspired by Li’l Abner, Al Capp’s mid-20th century comic strip. While the source material might seem unconventional, the park actually saw a quarter-century of business before its eventual closing in 1993, followed, of course, by its subsequent abandonment. 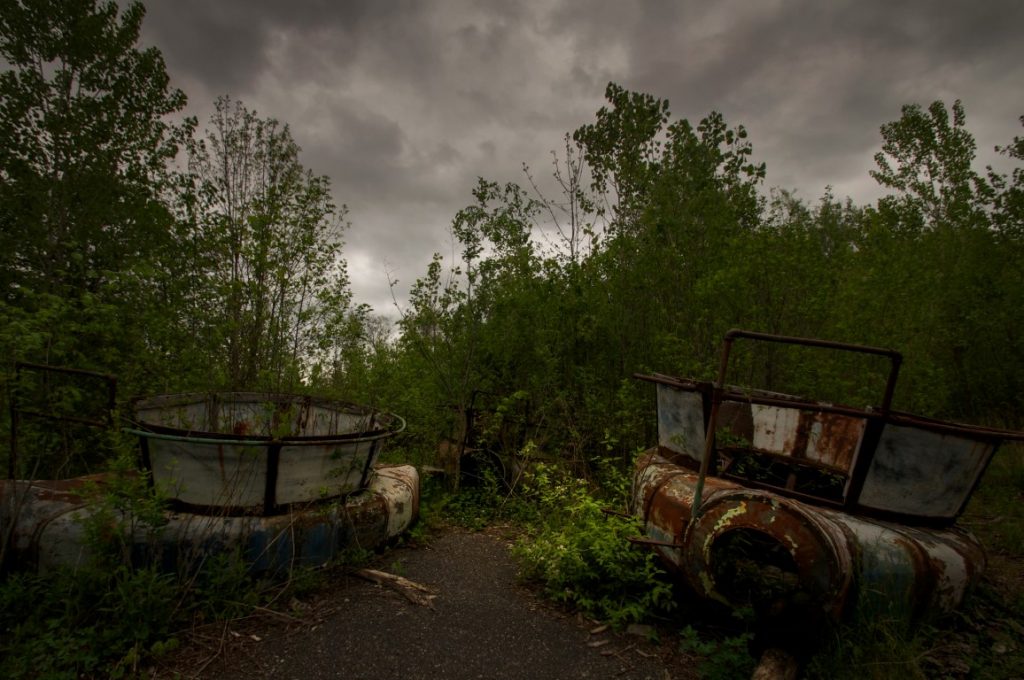 That Lawless was even able to find such a vast array of parks, from old to new, Stateside and otherwise, is a testament to his uniquely unparalleled exploratory skills. In these days of social media and ubiquitous digitization, exploring for many is admittedly as easy as pulling up Google Street View, but of course, such methods weren’t always so readily available. 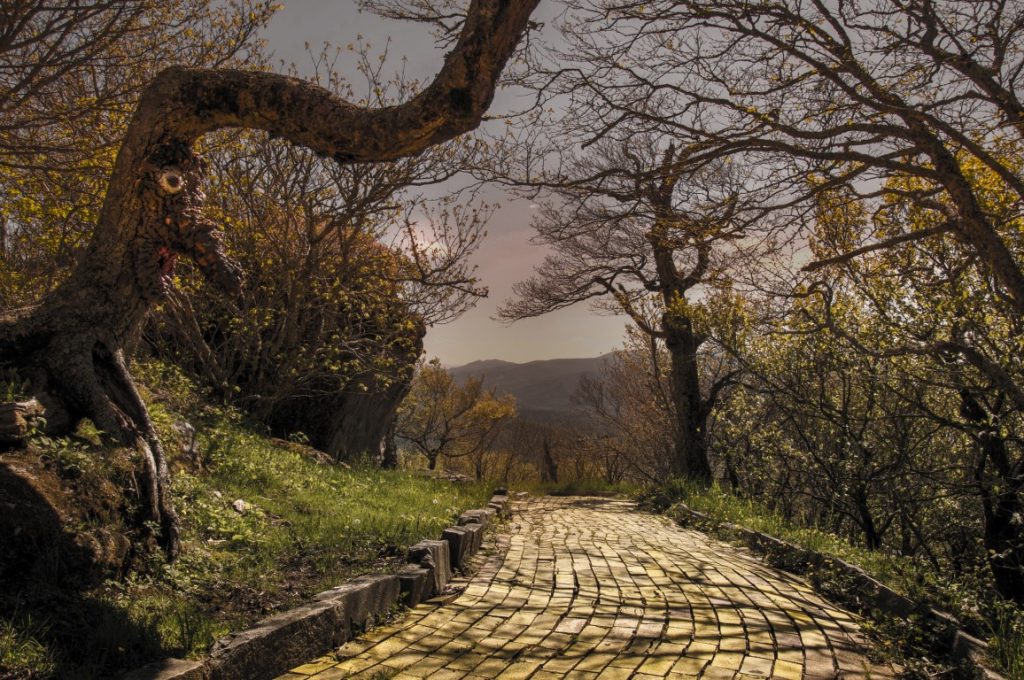 “When I started doing this the better part of 6, 7 years ago, a lot of things weren’t indexed on Google, so you just had to kind of venture out and see what you could get,” he says. “You would come across abandoned communities, so it was very common to see abandoned houses, factories, malls and amusement parks, so a lot of these abandoned amusement parks are around other places that have closed, as well.”

This, of course, raises an inevitable question: Given that there are not just abandoned theme parks, but entire abandoned communities that can be found all across the country, it’s hard not to imagine some sort of paranormal activity running rampant at many of Lawless’ favorite spots. Isn’t it unnerving shooting some of America’s most destitute ex-attractions? Does a fear of vengeful spirits ever come into play?

“I’m more afraid, when I go into a place, of the reality of what’s really the horror story there, and that’s people that still live there,” says Lawless, who has shot photos at scenes once host to some of the grisliest crimes imaginable. “Sometimes you run into people that can be violent and what have you, derelicts. And then, there’s sometimes criminals.” 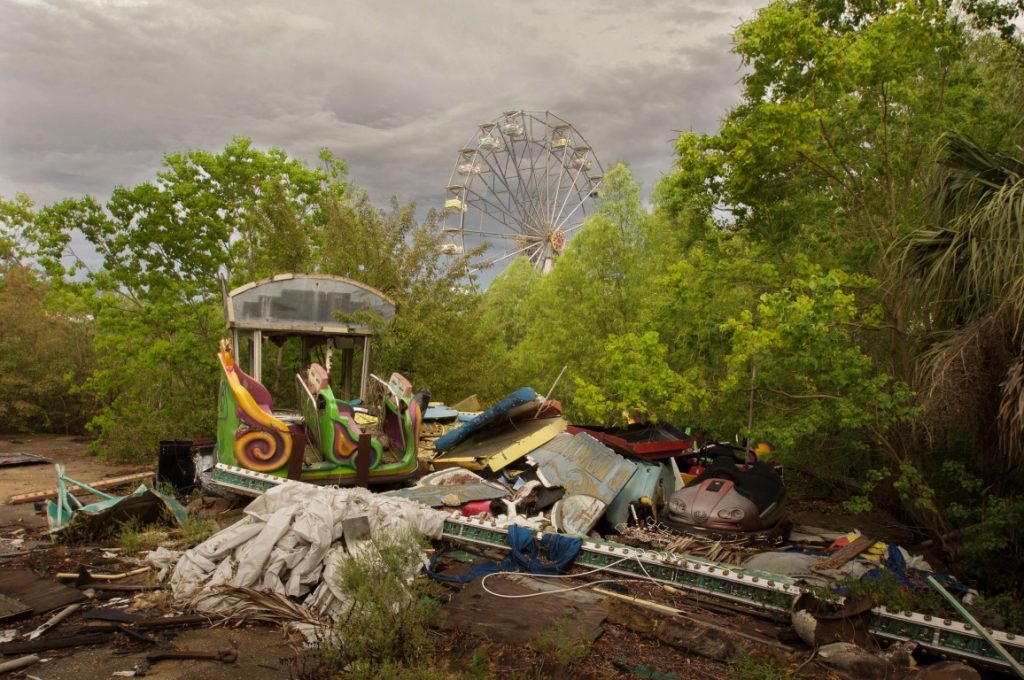 All the same, he admits that where he was once a skeptic when it comes to the paranormal, one fateful incident changed his perspective entirely. While shooting at an abandoned store, Lawless and a friend decided to slip out the back door for a second, only for the door to slam shut, locking behind them. Not a soul was inside.

“We both run back there, it’s locked from the inside, so we don’t know what’s going on. It doesn’t make any sense, there’s no way it could’ve slammed and locked. And then, right in front of our eyes, it starts to violently shake like I’d never seen, like an earthquake. And it shook so violently, and so strange, like out of the ordinary strange […] Obviously I can’t explain what happened, but it was just such a weird experience that there’s no explanation for it, so you almost by default have to be a believer.” 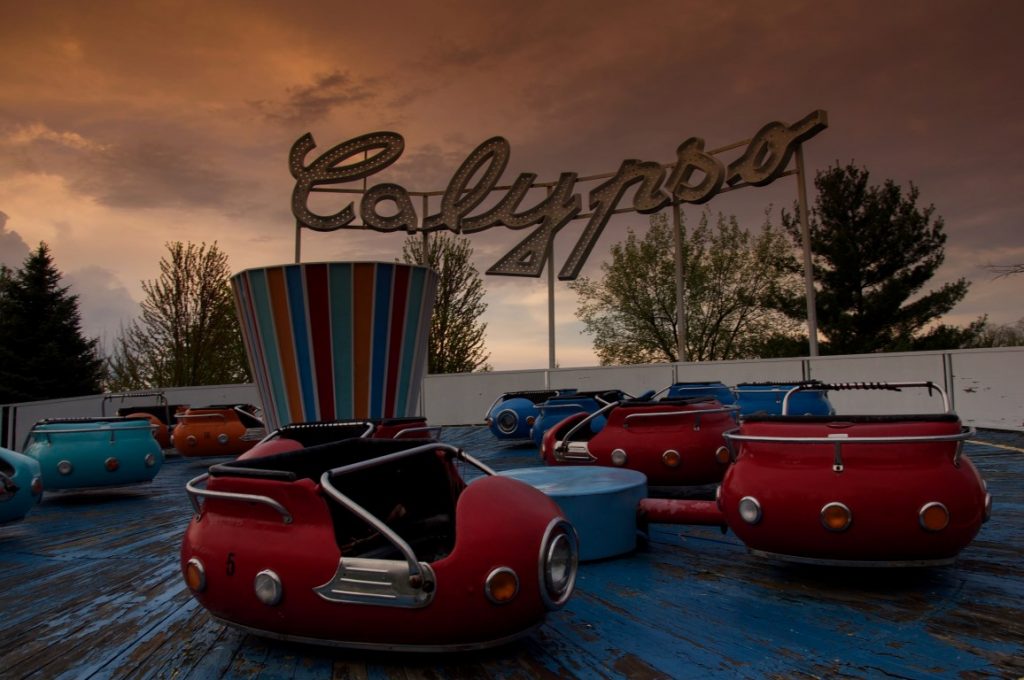 Lawless might have folks on the ethereal plane up in arms, but some of those still residing in the Earthly realm aren’t too happy with his work, either. He explains that political misconceptions abound, from those on the left claiming that he’s simply exploiting the misfortune of these communities, to those on the right going so far as to call him un-American for exposing vulnerable parts of the country. But in responding to his critics, he points out an important distinction.

“I just put it at this: Is it an accurate depiction of the country, what I show? Absolutely not. Is it true? Yes. You can criticize me all you want, people can criticize it, but you can’t really criticize the truth, and what’s there and what you’re seeing is true.” 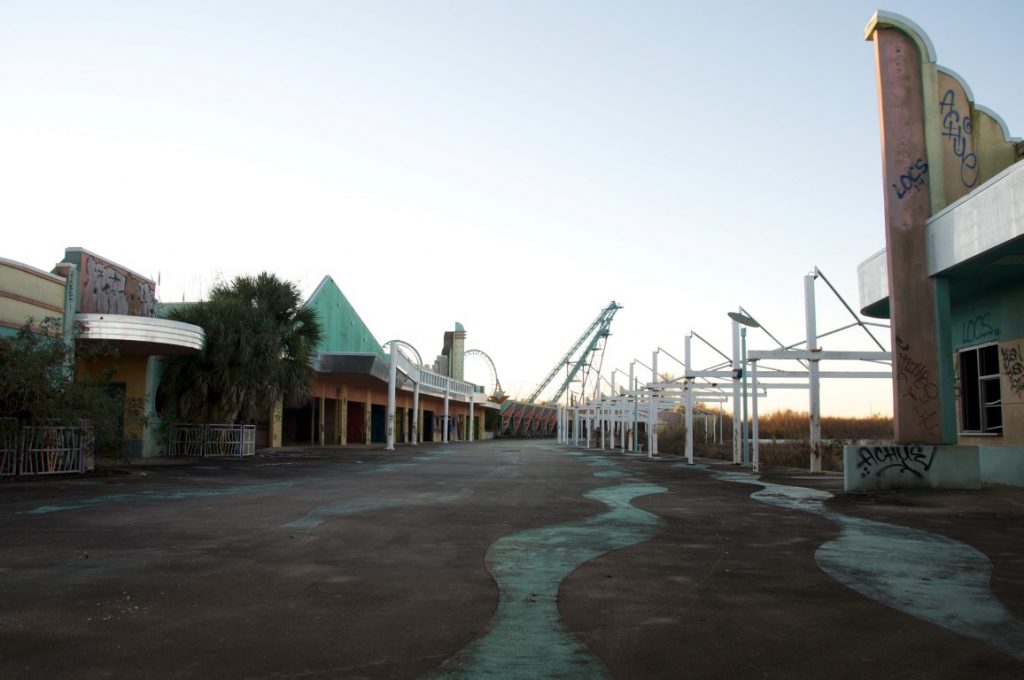 Despite the fact that controversy seems to shadow him regularly, Seph Lawless and his quest to document this truth, haunting as it might be, will continue. A dirty job to be sure, but someone’s got to do it, a notion he expresses with admirable aplomb.

“There’s no shortage of people showing beautiful skylines of America, holding hands while the sun sets.”

About the Author: Tyler Davidson is a Los Angeles-based freelance writer. He wrote extensively (perhaps obsessively) about haunted attractions for the UC Riverside Highlander Newspaper as well as Inland Empire Weekly. His work has also appeared in the pages of Hustler Magazine and Outburn Magazine, as well as in digital form for The Experiment Comedy.