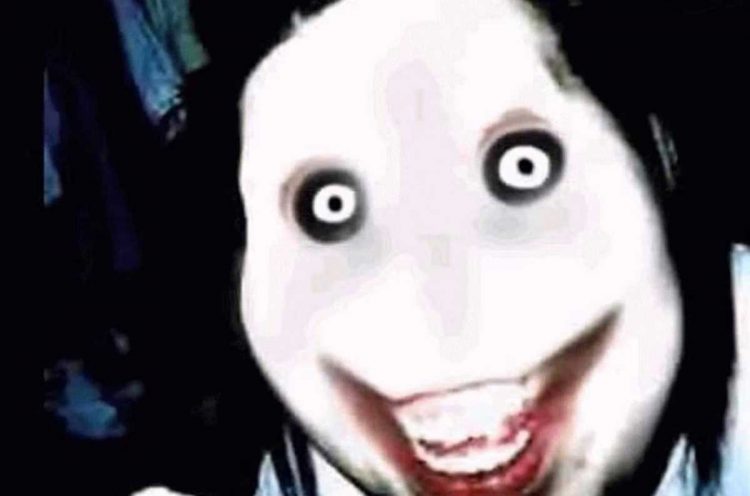 If you have spent any length of time on the internet then there is a fairly good chance that you are familiar with one of the web’s most disturbing legends – Jeff the Killer. However, what you may not know is that there could be a real life death behind this creepy tale. Let’s take a look at how Jeff the Killer came to be and the tragedy behind the meme.

Who is Jeff the Killer?

Jeff the Killer first emerged on CreepyPasta in October 2008 and since then he has become one of the most popular CreepyPasta icons. The story goes that as a teenager Jeff moved to a new neighborhood and his personality seemed to change from being a sweet kid to being filled with hate and anger. No explanation was given for the change, but some have cited either abuse from his parents or schizophrenia. He is said to have beat up a group of boys who were trying to bully him and his brother Liu. When the police came to interview Jeff and Liu about the incident, they hinted that Jeff was likely going to be sent to a juvenile correctional facility. Liu decided to take the blame for his big brother and ended up being arrested. The bullies returned for revenge on Jeff and the fight ended with Jeff being set alight after being doused in alcohol and with Jeff killing one of the bullies.

The fire left Jeff deformed with a pale leathery face and bright red lips. Jeff is said to have laughed and said that he loved the new face! Thinking it was just a reaction to medication the doctors allowed him to go home with his parents and brother who had since been released. However, that night Jeff allegedly cut his cheeks into a permanent smile before brutally murdering his parents with the same knife. He then went to the brother’s room and killed him too, during which Liu woke and Jeff uttered his now famous line ‘Just Go To Sleep’. It is alleged that Jeff was never caught and went on a killing spree.

Where Did The Photo Come From?

There have been many theories touted regarding where Jeff the Killer’s image first came from and the truth is that nobody can be 100% sure where it actually came from. However, one particular theory is very popular and it also happens to be one of the most plausible – not to mention one of the most chilling.

Some time in early 2008, a young lady called Katy Robinson posted a low quality shot of herself taken inside a closet on the random imageboard (/b/) of the 4Chan website. This was probably somewhat ill advised, because as is the nature of 4Chan her photograph was soon ridiculed and the girl was bullied based on her weight and appearance. As well as personal insults there were multiple photoshops of her image made to further poke fun of her. So far, none of this is particularly out of the ordinary since 4Chan is known for bullying. However, in April 2008 the tale took a more tragic tale. On April 21, 2008 a 4Chan user claiming to be Katy’s sibling reposted the image along with an accusation that Katy had committed suicide the previous night because of the bullying that she had experienced. As is typical of 4Chan, even this post which was intended to shame the bullies was responded to with more hateful comments!
Now, it is worth noting that when I researched the claim that Katy Robinson allegedly committed suicide on April 20, 2008 I came up blank. I didn’t find an obituary or a news report – just Jeff the Killer theories. However, whether or not Katy genuinely committed suicide due to bullying on 4Chan does not really alter the next part of the story – how is she linked to the Jeff the Killer meme?

The early photos of Jeff the Killer are less photoshopped than the more recent ones and in those it is fairly easy to see the similarities between the image and the one that Katy posted. Although the background is darker, it still looks like it could have been taken in a closet due to the clothing hanging in the background. The hair is similar to Katy’s and the angle of the face is almost the same. Perhaps the most compelling point is that the same mole is visible in both images. It is in a different position on the Jeff image, but this is likely a result of the photo manipulation when the mouth and eyes were added. This makes it fairly credible that the Jeff the Killer meme may really have been based upon a photo of Katy Robinson who may or may not have committed suicide as a result of bullying. 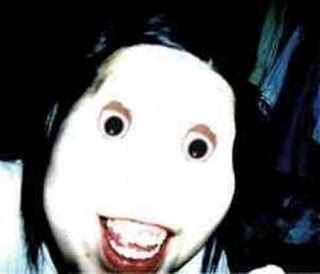 Nobody knows for sure if this theory is true and Jeff the Killer’s creator – You Tube user Sesseur – has declined to explain where he sourced his images, preferring instead to perpetuate that his legend is in fact true. However, this certainly seems the most plausible of all of the stories that I have seen.