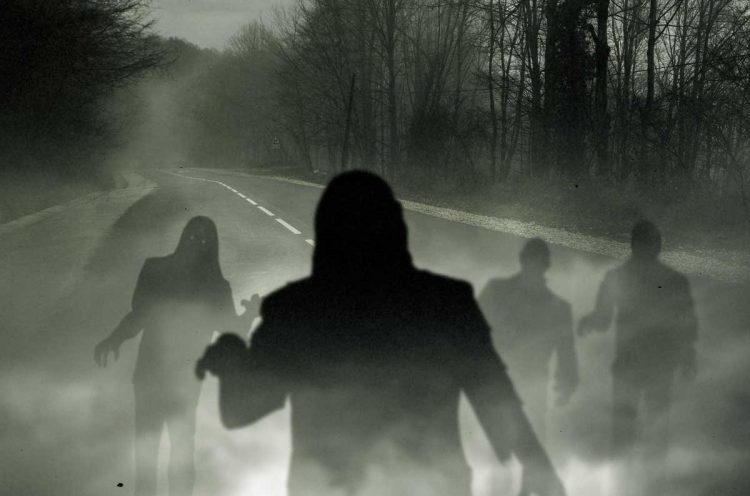 People who live in MUSCATINE COUNTY, Iowa have been reporting sightings of men dressed in black walking along roadways late at night and spooking drivers!  Several people have reported the men describing them as young men dressed entirely in black and sometimes wearing trench coats.  Others have even reported the men stepping out on the road as they passed in their vehicles!

Locals in Iowa have been posting their sightings on Facebook.  Some have even seen these individuals walking across their yards!

“My son has experienced this and it’s no joke,” posted Beatrice Wilson Strong.  “It was really a frightening experience to him.”

“It’s happened to a few friends of mine out on [Highway] 22,” posted Cassie Pameticky.

The Muscatine County Sheriff’s Office has taken notice, posting Monday on its Facebook page, “We have had several reports of ‘men dressed in black’ entering the roadway in rural Muscatine County.”

Police are urging citizens to call 911 immediatly if they see one of these mysterious men in black!

So who are these men?  Are they the mysterious Men in Black that are said to be connected to UFO activity?  There haven’t been any reports of UFO activity in the area so this is doubtful.  Are they some demonic presence?  Or are they just some kids having a lot of fun causing a county wide panic? Probably the latter.  More info on the Video Below!