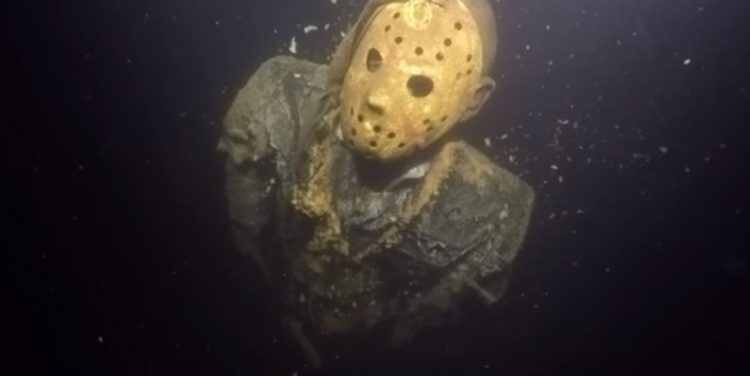 Under the calm and crystal-esque appearance of this lake in Crosby Minnesota is a creepy secret!  Famed slasher and hockey mask enthusiast, Jason Vorhees of the Friday the 13th Franchise is patiently waiting at the bottom of this lake to be discovered by unsuspecting divers.  I can only imagine how startled some divers were to come across this life-size statue hiding in the dark at the bottom of the lake!

A couple Friday fans took it upon themselves to place the statue in the lake back in 2013.  The Why part is a bit hazier to answer and I can only assume that causing divers to crap themselves in fear is just something they get off on! The most recent video below shows how much the statue is deteriorating due the the conditions of the lake but somehow that’s only making it much scarier!

What do you guys think! Would you want to go diving in this lake and run into Jason?