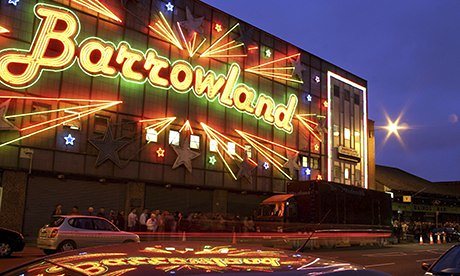 In terms of serial killers, ‘Bible John’ is by no means one of Scotland’s most prolific with his official body count sitting at just 3, the minimum required to be officially known as a serial killer, but he is certainly one of the most memorable. In fact, almost 5 decades on people are still fascinated by his crimes and continue to speculate about his identity – you see, Bible John was never apprehended! 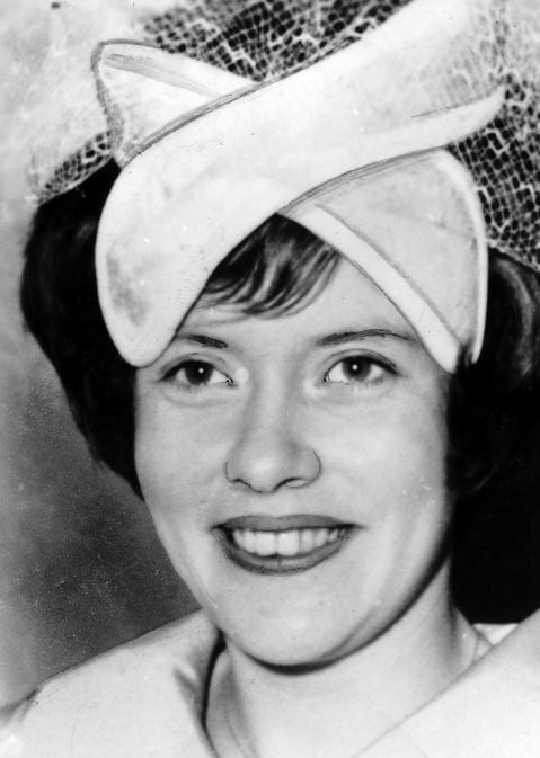 Bible John is the name given to a serial killer who is thought to have murdered three young women that he met at Glasgow’s Barrowland Ballroom between 1968 and 1969. The case remains unsolved despite a great deal of speculation about possible suspects. The first victim found was 25 year old Patricia Docker who was discovered naked in a lane behind Carmichael Place in Glasgow on the morning of February 23, 1968. This was just a few metres from her home and she had been raped and strangled. She had told her parents that she was going dancing at the city’s Majestic Ballroom, but had actually ended up going to the Barrowland Ballroom instead. The police had been focusing their attention on the Majestic which cost valuable time and may have contributed to their failure to find her killer. During several months of investigation they were unable to find her missing clothing or handbag. 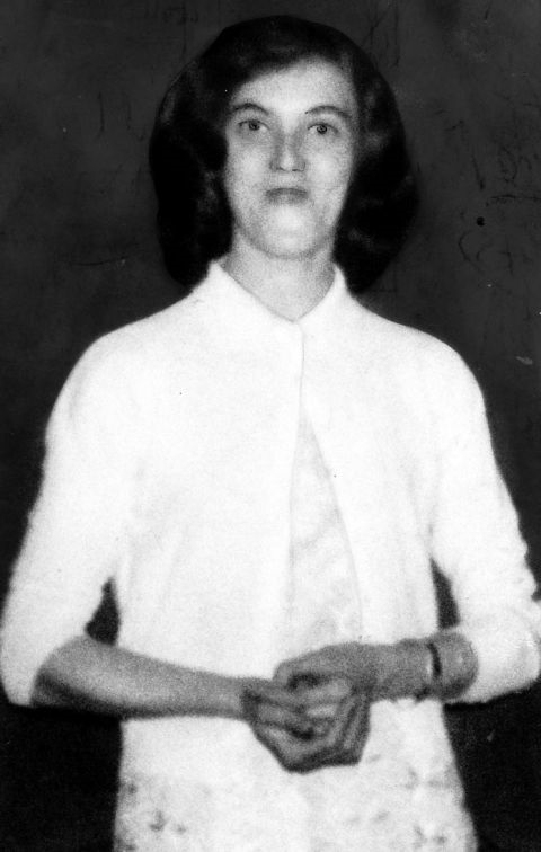 Approximately 18 months later, on August 15, 1969, 32 year old mother of 3 Jemima McDonald also attended a night out at the Barrowland Ballroom. The following morning, Jemima’s sister began to hear rumors about some young children having been seen leaving an abandoned tenement building talking about ‘a body’. Two days later, she had not heard from her sister and out of curiosity and fear for the worst she followed up on the rumor and discovered her sister’s body badly beaten and like Patricia had been raped and strangled. However, Jemima was fully clothed. Witnesses told police that Jemima had left the Barrowland with a slim red headed man at around midnight. A door to door inquiry turned up one report that a woman had thought she heard screaming coming from the building but could not recall when so the information was dismissed. The investigation turned up no further evidence and eventually wound down. 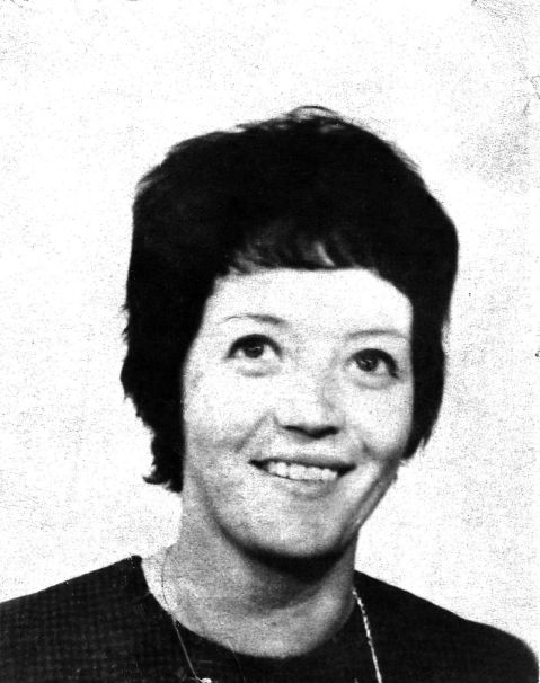 There was not such a big gap between the discovery of victims number 2 and 3 as there had been between the first and second. In fact, 29 year old Helen Puttock was found dead less than three months later on Halloween of 1969 in Scotstoun. She too had been at the Barrowland Ballroom and had been raped then strangled. However, this time the police had much more to go on! Helen had gone to the Barrowland with her sister Jean who told police that they had met two men named John. One of them told the ladies that he came from Castlemilk while the other did not disclose much about himself. After a couple of hours the four of them left the ballroom and Castlemilk John headed for George Square to catch a bus while the other John hailed a cab with the girls. They dropped Jean off first before heading towards Helen’s home – where she was later found dead. During the journey, the man who is presumably the killer disclosed some key information to the girls. Jean was able to give a good description of the man and told the police that he was a well spoken man who said he did not drink and who frequently quoted scripture from the bible. This is what led to him earning the nickname ‘Bible John’.

So we have 3 victims – all female in their mid twenties to early thirties, all having met their killer at the Barrowland Ballroom, all raped and strangled. All three women also happened to be menstruating at the time and had sanitary products placed on or near their bodies.

Who Was Bible John? 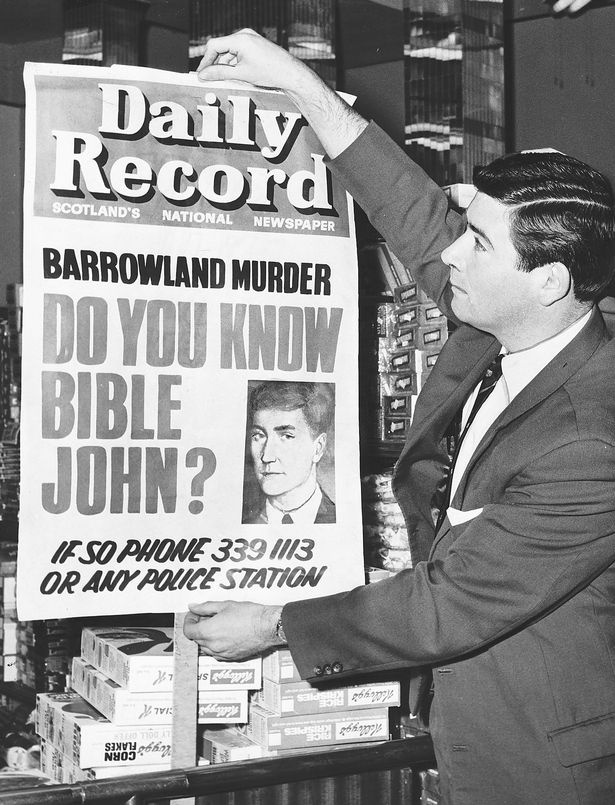 The police were able to put together a fairly good profile of the killer mostly based on Jean’s information and supported by the witnesses who had seen Jemima and Patricia with a similar man on the nights they were murdered. He was describe as a young man who was tall and slim with reddish or sandy coloured hair. He has introduced himself as John and Jean recalled him saying that his surname was ‘Templeton’ or perhaps ‘Sempleson’. She put his age at around 25 to 30 years old and said that he told them he did not drink, preferring to pray and that his father felt dance halls were ‘dens of iniquity’. She also recalled him mentioning Moses and quoting scripture. Jean estimated his height at around 5ft 10, but doormen at the Barrowland said the girls left with a much shorter man with black hair. Police at first dismissed Jean’s description, believing the doorman to be more reliable as Jean had been drinking. However, the descriptions from Jemima’s murder were similar and the doormen could have been referring to the second man who left to catch a bus. The last possible sighting of the killer was at around 1.30am on the night of Helen’s death getting off a bus in the city centre heading to the public ferry across the river in a disheveled state with scratches on his face. This would fit with the police reports that Helen fought back against her attacker.

A Killer Still At Large

Bible John was never identified and remained at large. While no subsequent murders were attributed to him there has been some speculation that perhaps his victims were not always found. This seems credible given the large gap between Pat and Jemima being found. Were there other victims in between that simply were not linked to the same killer? Perhaps more likely is that ‘Bible John’ as the intelligent man he appeared to be, realised that he had given away too much away in the cab that night with Jean and Helen and decided it was best to ‘quit while he was ahead’ – or maybe he simply changed his usual MO?

Bible John managed to evade capture, but not because of any lack of effort on the Police Force’s part. They made a determined effort to hunt down the killer. This was the first case in which Scottish police issued an identikit picture of a suspect to the media. Several suspects were questioned, but they were never close to making an arrest. The search for Bible John was the biggest manhunt that Scotland had ever seen with 100 detectives on the case and more than 50,000 statements taken from door to door enquiries. A team of 16 detectives frequented the over 25s night at the Barrowland Ballroom every week for several months, but came no closer to finding the killer. It seemed that Bible John had simply vanished. Had he been jailed for some other crime? Did he himself pass away? Did he just leave the area in order to evade capture? No-one could say for certain.

Over the years the case would resurface as some new development emerged, but nothing that brought the police any closer to making an arrest. In 1983 someone contacted the police and claimed to have grown up with Bible John, giving the police the name of a man who was now living in the Netherlands. The lead was followed, but ultimately led nowhere. In 1996, the body of John Irvine McInnes – a cousin of one of the original suspects – in order to test his DNA and compare it to a sample of semen take from Helen Puttock’s clothing, but the result was inconclusive. The biggest development came in 2004 when police decided to bring several men in for DNA testing in a renewed attempt to solve the case once and for all. This was based on the discovery of a DNA sample from a minor crime proving to be an 80% match to the sample from Bible John, suggesting the killer was a relative of the petty criminal who committed that particular offence. It was a promising lead, but once again it went nowhere. 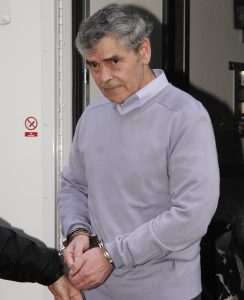 In May of 2007, talk of Bible John again came to the forefront after Peter Tobin was convicted of murdering Angelika Kluk. Suddenly, people began to associate Tobin and Bible John after a number of similarities between the two killers were noted. In fact, a respected criminal behaviour expert, Professor David Wilson, wrote a thesis on this very topic. He noted that Tobin was in his 60s when he killed Ms Kluk, an unusually late age to suddenly start killing. He also pointed out that Tobin’s killing was not the work of an amateur. This led to the belief that he had killed before. Then, some striking parallels between Bible John and Peter Tobin began to emerged. All three of Tobin’s ex-wives offered statements claiming that he had imprisoned, choked, beaten and raped them. When photos of Tobin from the late sixties were compared with photo fit images of Bible John the similarities were striking. One of the original detectives from the Bible John case has gone on record as saying that the moment he saw Tobin’s picture he believed that he was looking at Bible John. Tobin also had a religious upbringing and was said to react violently when his ex-wives were menstruating – something that also seemed to be a trigger for Bible John. 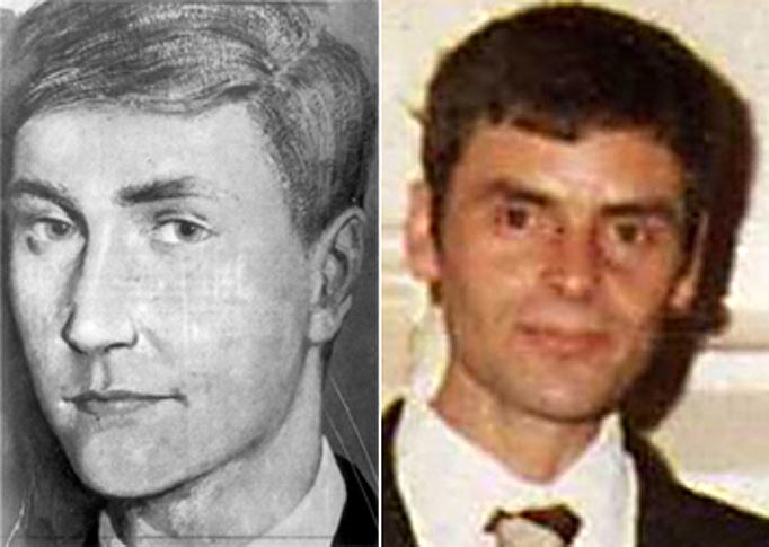 The Police would not confirm that they suspected Tobin was Bible John, but they did believe that he was a possible serial killer and launched ‘Operation Anagram’ to look into his life and movements prior to the murder of Angelika Kluk. This not only led to the discovery of the remains of two more Tobin Victims – Vicky Hamilton and Dinah McNiol – but also to more similarities to Bible John. One woman came forward and claimed that she had met Tobin at the Barrowland Ballroom in 1968 and that he had raped her. It was not until 40 years on when she saw an old photo of Tobin that she recognised her rapist and responded to an appeal for information on the Crimewatch television show. Another woman came forward claiming that she too had encountered Tobin at the Barrowland Ballroom and that he had tried to convince her to go with him to a party in Castlemilk. Can it really be a coincidence that both Bible John and Peter Tobin were hunting for victims in the same Glasgow dance hall at the same time? It also emerged that Tobin often used the alias ‘John Semple’ which was eerily similar to the name ‘John Sempleson’ offered by Jean McLachlan – the only known witness to have come face to face with Bible John. However, she has dismissed claims that the two men are one and the same, although Professor Wilson says he would be willing to stake his personal reputation on the link!

Where is Bible John Now?

The obvious question is, where exactly is Bible John now? Did he stop killing all together, or just change his modus operandi to avoid being caught? Peter Tobin is currently serving 3 consecutive life sentences for his crimes and police linked him to 9 other unsolved murders although none were formally proven. With the death of Jean McLachlan in 2010, the hunt for Bible John finally drew to an end with police no closer to catching him. If Tobin is not Bible John, then he could very well still be out there on the streets, although he would be an elderly man by now. We will probably never know the truth.

About the Author: Alyson Duncan

–
Alyson Duncan is a freelance writer with a passion for the weird and the wonderful! As an amateur paranormal investigator she spends much of her free time in dark abandoned buildings chasing shadows in the dark. Follow her on Twitter at @alyson_duncan.
–