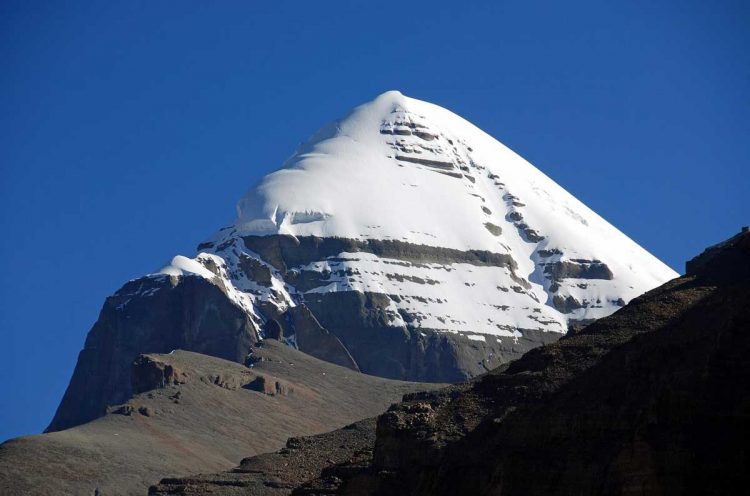 When The Sacred Meets The Profane – Kailash Mountain

The land of Tibet is known for its mysterious beliefs and strange happenings. It is a unique place on Earth, one that is filled with paranormal energies and surreal places. One of this places, located in the heart of Tibet is Kailash Mountain – a mountain that nobody is allowed to climb. Locals believe that Kailash Mountain is where the end of the world will start, but before we get to that part, let’s find out what this amazing, but terrifying landmark is all about. 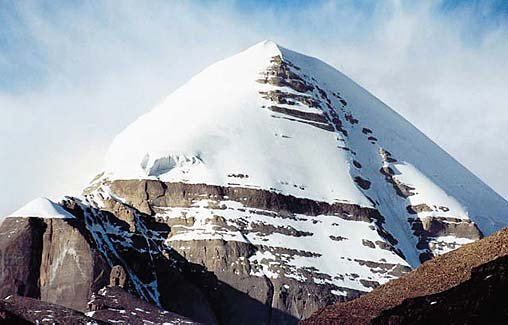 The Axis Of The World

Kailash means “precious jewel of eternal snow” – a name as beautiful as the place itself. From the ancient times, people have said that this mountain represents the axis of the world or the stairway that connects the mundane with the sacred. But as you will find out, the scared doesn’t necessarily mean bliss.

Kailash Mountain has a very strange shape – it resembles a pyramid in its every detail, and this is why many scientists have wondered over the years if Kailash is even a mountain or a man-made pyramid. If that were true, we would have to rewrite the entire human history because Kailash would become the biggest and greatest pyramid on Earth. Moreover, the same Russian scientists who have studied the shape of Kailash have made an astonishing discovery: the mountain’s structure is strictly oriented to the cardinal points. According to their studies, Kailash Mountain could be the center of a world system that connects other landmarks and sites where paranormal phenomena have been observed.

In regard to the mountain’s structure, scientist Ernst Muldashe discovered a fascinating fact: besides resembling a pyramid, the shape of Kailash is very similar to the spatial structure of DNA molecules.

The Eye & The Wizard

No, this is not a title from Lord Of The Rings, but it may as well be. If you go wandering through the area, the locals will tell you two fascinating, but bloodcurdling legends. The first legend is about a wizard duel where two sorcerers challenged each other to discover who is the most powerful of them. The ultimate challenge in their fight was to reach the top of the mountain. According to the legend, both of them managed to reach the top, but only one of them used magic. The other used the “rays of the sun”. 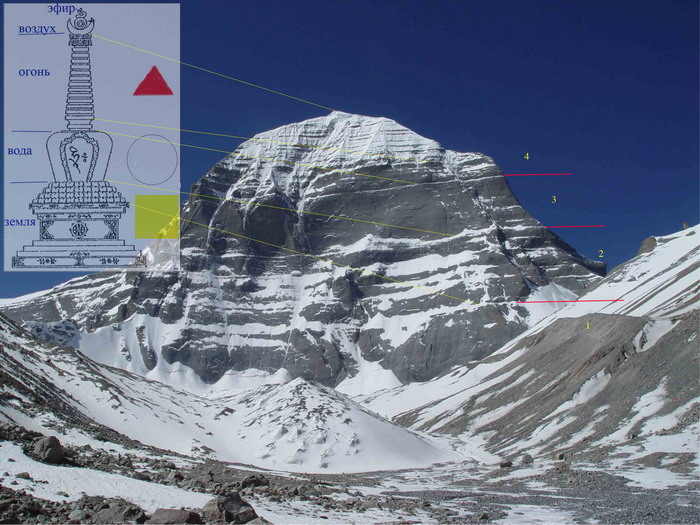 From ancient times, locals have believed that Lord Shiva, the destroyer of sorrow and evil resides at the top of the mountain. They also believe that when the ice finally melts, it will reveal “The Eye” that watches over the world. Perhaps these legends are the reason why it is forbidden to climb the mountain or perhaps the ancient civilizations knew something that we don’t. But what is certain is that the few people who have tried to reach the top of Mountain Kailash never succeeded. Moreover, they experienced strange and inexplicable happenings.

In recent days, many climbers ignored the locals’ warnings and ventured into an expedition to conquer Mountain Kailash. None of them succeeded, but all of them have eerie stories to tell. A team of climbers spent 12 hours in the region and, afterward, noticed that their nail and hair had grown instantaneously as if two weeks had passed. Adventurers Hugh Ruttledge and Colonel Wilson tried to climb the mountain but, not long before they started their expedition, they encountered a snow storm and were forced to abandon. This may not seem strange considering the weather and the geographical conditions, but they were on different routes. Moreover, the weather conditions seemed perfect that day, and the storm stopped as soon as they abandoned their quest. According to ancient writings, no mortal is allowed to reach the top of the mountain and the ones who try will be prevented from achieving their goal. 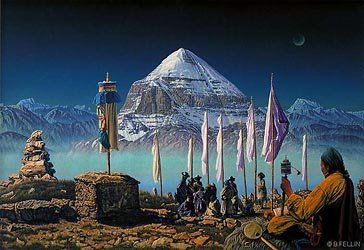 Other climbers, scientists, and tourists have all reported the same thing: as they approached Mountain Kailash and started climbing, they would feel powerless, weak and tense, as if the sparkling snow around them whispered that they didn’t belong there.

The truth is that nobody has succeeded in conquering Mountain Kailash. It is true that this is a difficult climb, but people have managed to reach Everest. In theory, the topography and structure of Kailash allow experienced climbers to reach its top. But in reality, nobody has managed to do it, even though many have tried. From sudden physical illness, inexplicable snow storms and rapid aging, every person who has set foot on the mountain has been prevented from reaching its top. Whether somebody will succeed or not, we cannot tell. But one this is sure: Mountain Kailash is a place packed with strange energies and it has a sacred value to humanity.