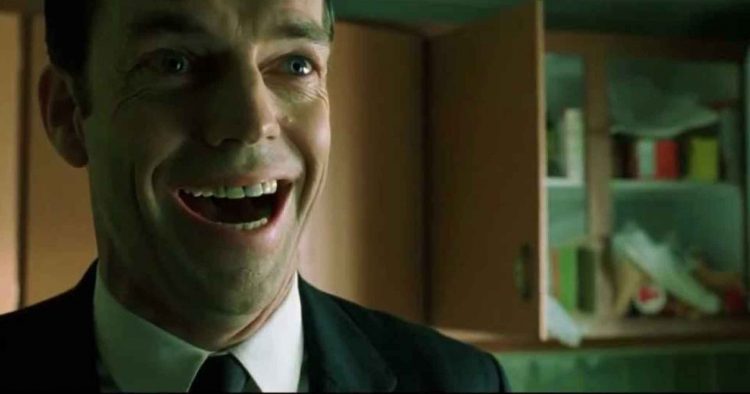 Laughter can break the ice, cross language barriers, and bring people together, but there’s something about an ill-timed laugh that just gets under your skin. Laughter can alienate, leaving you out of a joke or, worse, making you worry that you’re the butt of it. When you don’t understand why people are laughing it can provoke an anxiety that only grows the more people join in and the longer the laughs stretch on. Most people have experienced some form of this, but imagine it stretching on for hours. For days. Everywhere you turn, everyone you run into is just laughing without explanation or break.

Needless to say, any humour would soon be lost.

This is exactly what happened in Kashasha, Tanzania in a 1962 incident known commonly as the Tanganyika laughter epidemic (Tanganyika was one of two independent states which make up modern day Tanzania). The event began rather innocuously, on January 30th three girls at a mission-run boarding school began laughing. What sparked their laughter is not known, but try as they might no one could hush the girls. Rather than dying out, their laughter spread. What began as a mild annoyance quickly became a far more disturbing concern. At first, only a few scattered pupils began joining in the laughter but by the end of the day almost 100 children were affected. Students were unable to focus and teachers were at their wits end, with no means of stopping the feverish laughter. Persistent resurgences of inexplicable, hysterical laughter forced the school to close on the 18th of March, but Tanganyika’s bizarre nightmare did not end there.

Soon the students returned home there were reports that mass waves of laughter had broken out in Nshamba, a village that was home to several students. Over the next two months there were 217 reported cases of uncontrollable laughter. The Kashasha school briefly tried to reopen at the end of May, only to be forced to close again in June as the laughter returned. The epidemic then spread to a nearby middle school, and from there took root in the surrounding region.

The uncontrollable laughter would sometimes be accompanied by weeping and random screaming. Those afflicted also displayed restless behaviour, such as frantic, aimless running or even violent outbursts. Primarily affecting young people, it brought schools and villages to a halt. Desperate to find the cause of the contagion, parents attempted to sue the school from which the laughter had originated, but to no avail. The epidemic would not die down completely for eighteen months.

It’s still not completely understood what caused the extraordinary outbreak in Kashasha. Though thankfully there were no known deaths due to the incident, it was a massive disruption to daily life in the region and those afflicted reported experiencing pain, rashes, and respiratory problems. By the time the laughter finally faded this strange contagion had affected over 1000 people and forced 14 schools to close down.

Scholars today attribute this unusual epidemic to mass hysteria. The theory is that such outbursts allow those with little power over their lives a way to express their anxiety. There have been other cases, not of mass laughter but of other unusual symptoms, such as the Dancing Plague of 1518 and more recent cases like the 1983 West Bank Fainting Epidemic and an incident in 2012 where a number of New York high school girls developed persistent facial tics. Still, the explanation of mass psychogenic illness seems a bit vague and unsatisfying when presented with such bizarre and unpredictable phenomena. 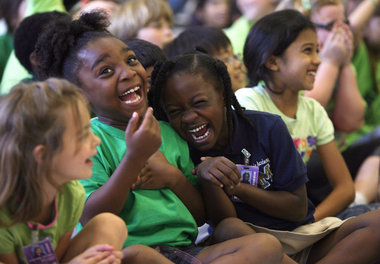 Hysterical laughter has also long been linked to forms of possession, either by angelic or demonic spirits. Many scholars of the occult write that raving laughter, or even inappropriately timed laughter at morbid events, is one of the most common signs of demonic possession.  In a sense, it’s easy to see why laughter is imbued with such significance. While researchers don’t always agree on the exact anthropological significance of laughter, it’s clear that it can be a great source of social cohesion, but also has great potential to exclude.

Genuine laughter is a force that can never be completely rational or planned, it always seems to come from somewhere that is both you and not-you. The strange line laughter treads gives it the power to release you from your tensions, but also gives it a disturbing potential to estrange you from yourself. Anyone who has ever strained to stifle a laugh at a serious moment can tell you that laughter is a force just on the edge of our control and so has a revelatory quality. Few things are seen to indicate one’s motivations and allegiances more clearly or viscerally than who they laugh with.

Whatever the cause of the Tanganyika laughter epidemic, it’s a strange bit of history that’s as fascinating as it is chilling. The next time you’re doubled over, laughing uncontrollably, trying desperately to catch your breath with tears streaming down your cheeks, try and think for a second about where that laughter comes from. Think about what you’d do if it really wouldn’t stop. It might be a sobering enough thought to give you pause.