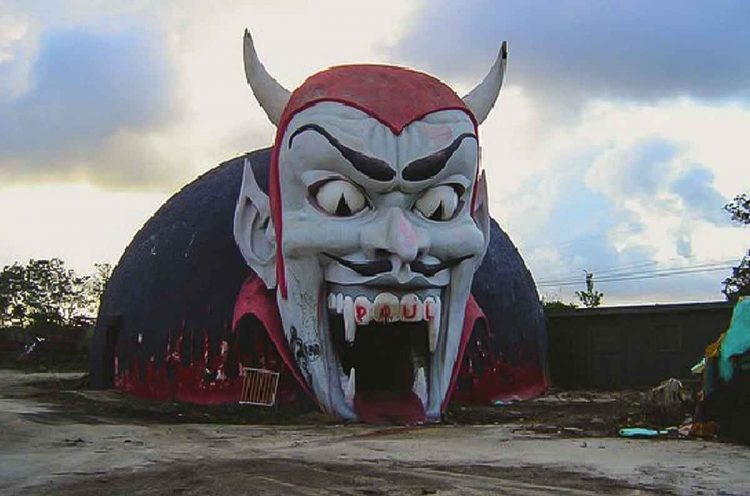 When selecting the perfect  place to open up a new tourist attraction, location is everything! Some of the prime spots are those that are just off of a major route or highway. If an attraction can secure a location like this then they have to opportunity not only to welcome those planning to visit, but also to take advantage of tourists on road trips who may simply be passing through and spot an interesting roadside attraction. However, as much as these locations seem like great ideas at the time, often for one reason or another the owners will find themselves struggling to make ends meet and as a result they will end up having to abandon the attraction completely. Let’s take a look at some of the most abandoned roadside attractions that have become a whole new type of tourist attraction since falling into decay! 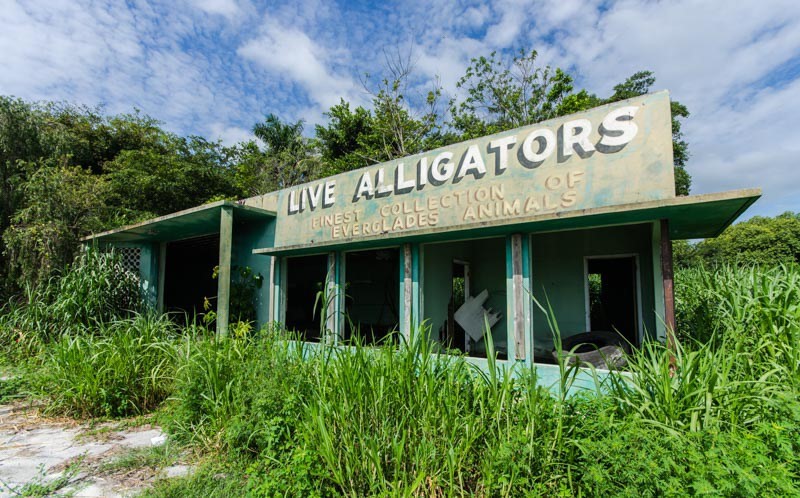 Everglades Gatorland was a small roadside zoo which became known for its live alligators. It began life as a gas station on US 27, but the owners J.C Bowen and his wife Mary Lou Bowen decided to transform it into Gatorland after noticing that many of the tourists who stopped by would ask where they could see some alligators. In 1959 Gatorland was opened with some alligators caught in the lake behind the building! Over the years other animals were added including ocelots, koala mundi and a king vulture. However, in 1965 poaching was rife and a group of poachers managed to shoot and carry off three of the attraction’s alligators while the night watchman was busy elsewhere. That same year new regulations regarding captive animals came into effect which put many small zoos out of business. However, Gatorland was able to meet the requirements on pen size, sanitation and care and remained open all through the seventies and eighties. However, by the nineties, there were no alligators left as the time and cost of caring for them was too much. The Bowens remained open and sold souvenirs to the rare tourists that still passed through. Today all that remains is the decaying souvenir shop, long since closed and some of the concrete pens and cages that once housed the animal attractions. 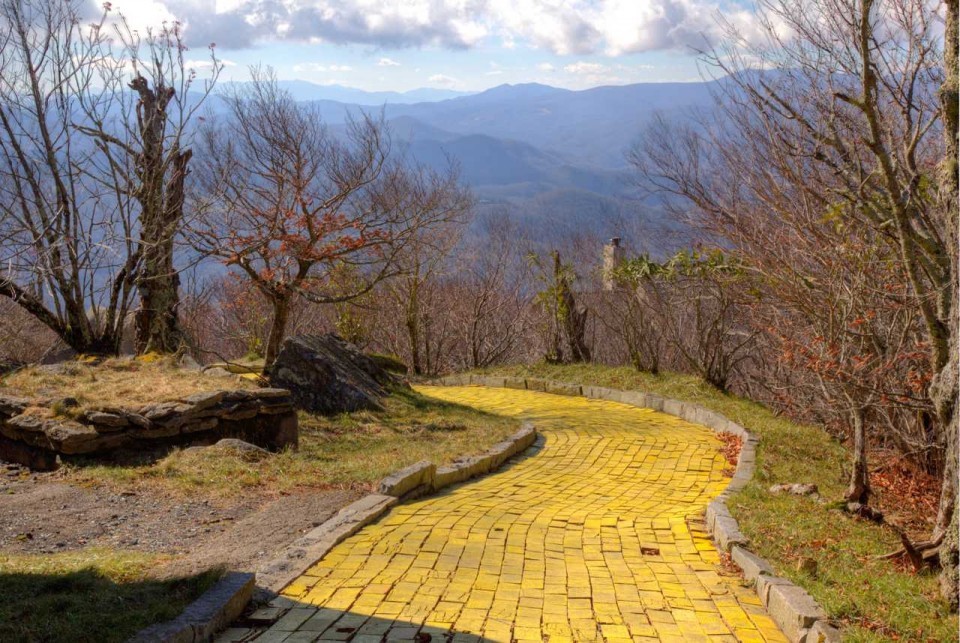 The Land of Oz is an amusement park in Beech Mountain, North Carolina. It was first opened in 1970 when the existing ski resort was expanded to create a year round attraction. As the name suggests, the amusement park had a Wizard of Oz theme. It was a roaring success in the first year or so, but the novelty soon wore off and the park began to lose money. In December of 1975, the Emerald city section of the park burned down – rumour has it that disgruntled former employees were responsible. Many artefacts were destroyed including Dorothy’s original dress worn by Judy Garland in the movie. However, the park struggled on before finally closing in 1980. It fell into disrepair and several parts were heavily vandalised while others have been preserved. It now stands in a strange semi-abandoned state! In the nineties, the owners returned to the park and restored what they could. There is now the opportunity to stay at rental cabins on the property and the park is open for tours intermittently about once a year. However, much of it is still in disrepair, visitors say that a walk down the remaining yellow brick road is nothing short of disturbing! 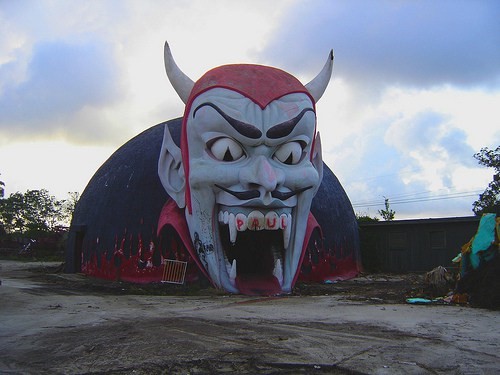 Miracle Strip Amusement Park opened back in 1963 with the Starline Roller Coaster as the big headline attraction along with a handful of smaller rides and concessions stands. As Panama City became more of a tourist destination, the park began to grow with more rides added throughout the sixties, seventies and eighties. Going into the Millennium, Panama City became more of a ‘spring break” destination than a family one and the popularity of Miracle Strip began to dwindle. The park closed in 2004 and was sold off piece by piece. The iconic Starliner was purchased locally and in 2014 a smaller version of Miracle Strip was opened just 200 feet from the original location. However, it last just 18 months and is now abandoned. This was an amusement park designed to provide scares to visitors and it is certainly fulfilling that these days. What remains of the abandoned park is chilling to say the least! 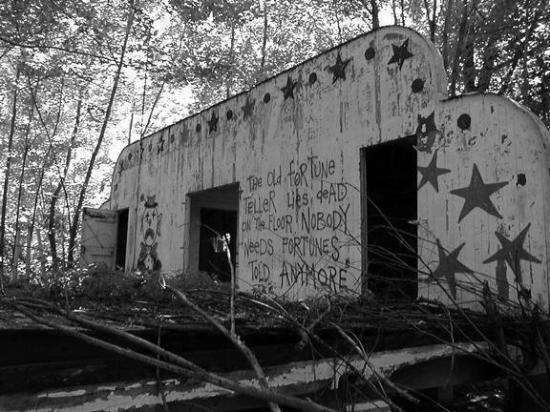 Chippewa Lake Park was an amusement park which operated for 100 years from 1878 through to 1978 with various rides and attractions being added over the years. There were plans to develop the park into a summer resort rather than an amusement park, but these never came to fruition and in 1978 after its 100th season, the park closed for good with little fanfare. In fact, visitors had no idea it was the final season, it was as though they simply forgot to reopen the following year! The park lay untouched for over 30 years before it began being dismantled, but several of the rides remain today. One super creepy twist to this tale is that the owner of the park – Parker Beach – is actually buried somewhere in the park as per his dying wish! The exact location is unknown, but a 2007 documentary featuring the park closed with the line ‘Be respectful if you try to find Parker Beach’s Grave. Let him enjoy his park in peace. …It’s by the roller coaster.’